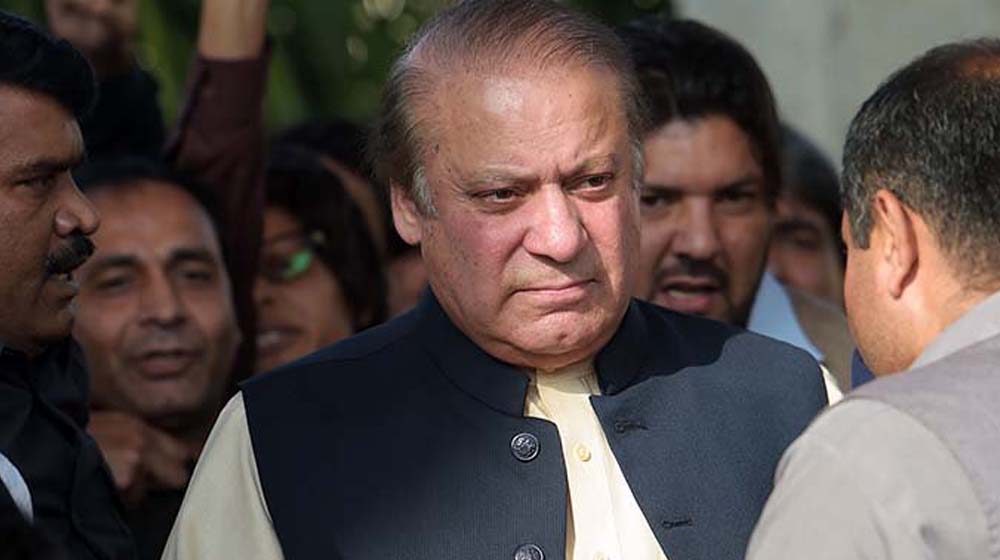 However, the court acquitted the former Prime Minister in the Flagship Investment reference.

The accountability court judge Muhammad Arshad Malik pronounced the verdict which had been reserved on the 19th of this month.

Nawaz Sharif will also be bound to pay Rs. 25 million while serving out his seven-year sentence. After pronouncing the verdict, the judge allowed NAB to arrest Nawaz Sharif from the courtroom.

A NAB team present in the courtroom took the former PM into custody. The convicted PML-N Quaid pleaded the accountability court judge to order his shifting to a Lahore’s jail instead of Adiyala.

The judge after hearing the plea of Nawaz Sharif reserved its ruling on it. The judge is expected to issue his ruling on the plea shortly.

In its judgement, the court ruled that in Al-Azizia case the prosecution had placed on record evidence enough to prove its case and convict the accused.

Earlier, PML-N leader reached the accountability court accompanied by Hamza Shahbaz, and other PML-N leaders amid tight security arrangements due to the verdict.

The Supreme Court on July 28, 2017, had disqualified the then Prime Minister Nawaz Sharif, besides ordering NAB to file corruption reference against him and his family members.

On the apex court’s orders, the NAB had filed three references, Avenfield Properties, Al-Azizia and Flagship Investment, in September 2017 against Nawaz and his family members in an accountability court.

In July this year, an accountability court headed by Judge Muhammad Bashir had sentenced Nawaz Sharif, his daughter Maryam Nawaz and son-in-law Capt (retd) Safdar in the Avenfiled Properties reference for varied terms. Nawaz was jailed for 10 years, Maryam for seven and Capt (retd)n Safdar for one year.

But on Sept 19, the Islamabad High Court suspended the conviction and granted all three bail. NAB’s appeal against the suspension of the sentence remains pending before the SC.

The accountability court Judge Mohammad Bashir, who had announced the Avenfield verdict, had recused himself from hearing the two remaining references against Nawaz following objections raised by Sharif’s counsel.

The cases were then shifted to the accountability court-II headed by Judge Arshad Malik.

According to NAB’s special prosecutor, the cases against the Sharifs revolves around finding out how the family’s companies were established and through which resources.

According to the prosecution, the Sharif family failed to justify the source of the funds provided to set up the firms and therefore, this is a case of owning assets beyond means.

During the course of hearing of the cases, the Sharif family took the stance that it was out of the AED 12m that the late Mian Sharif invested with the Qatari royal family.  The prosecution said that Qatari Prince Sheikh Hamad bin Jassim bin Jaber Al-Thani did not appear before the joint investigation team (JIT) to verify the details.

During the final arguments, the defence attorney maintained that the JIT made no serious effort to record the prince’s testimony since this would have benefited the defence’s case.

Following the court’s verdict, daughter of the former Prime Minister Maryam Nawaz took to Twitter to react to the sentence.

She labelled it as “blind venegence”.

Maryam tweeted: “One individual has been sentenced for the fourth times. The last hiccup of the blind vengeance, but Inshallah the victory will be of Nawaz Sharif’s, God is Great. After two and a half years of vindictive accountability and interrogation of three generations, neither corruption, kickback nor misuse of national treasury could be proven.”