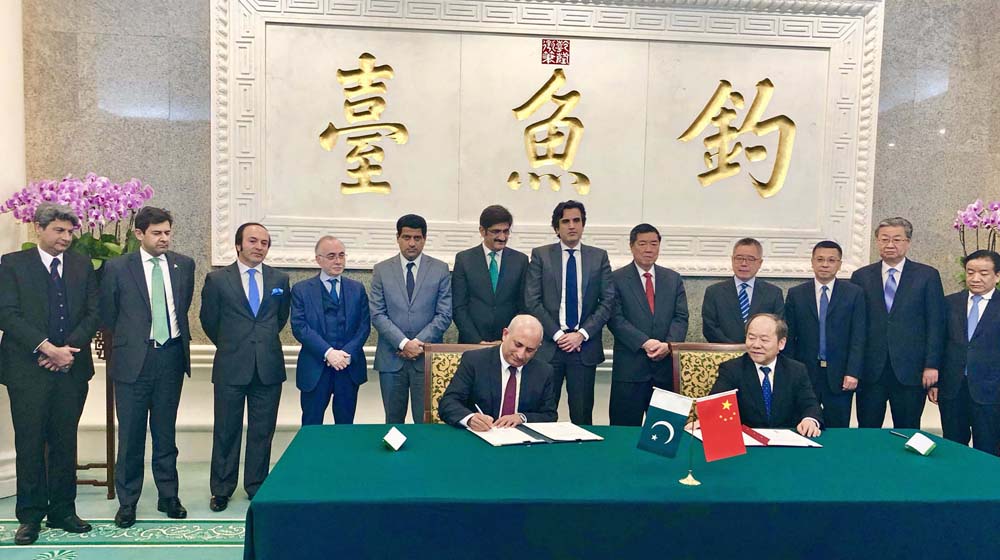 As the New Year celebrations are set to begin in Pakistan within hours, here is a reason for Pakistanis to celebrate the onset of the year with double joy.

The outgoing year has not been very conducive for the countrymen as far as the economic condition of the country is concerned. During the year, many economic indicators were showing a declining trend and the country was faced with an imminent balance of payment crisis.

However, the country is slated to ink investment deals with some of its close allies to the tune of billions of dollars, which will help revive the ailing economy of the country.

“We will be signing agreements with investors from Saudi Arabia, the UAE, Germany, Malaysia, and Korea in January which is worth more than $30 billion,” Haroon Sharif, Minister of State and Chairman, Board of Investment, told a Saudi newspaper.

The country has firm and solid commitments from three of its allies, namely Saudi Arabia, the UAE, and China, ensuring that the country becomes the hub of diversified investments in the coming years, Sharif said.

The country is expected to receive around $15 billion in investment from Saudi Arabia in the next three years. “The inflow of investment for the oil refinery and petrochemical complex in Pakistan is estimated to be between $6 billion to $10 billion.”

Islamabad is also expecting a substantial amount of investment from the UAE, with major focus sectors continuing to be petrochemical, real estate, port and shipping development, agriculture, and corporate farming.

Pakistan to Also Get Oil on Credit from Azerbaijan

“I am expecting a similar amount ($15 billion) from the UAE in the next three to five years. We will sign a MoU with UAE’s companies in January 2019,” Sharif said, adding that the “Abu Dhabi National Oil Company (ADNOC), DP World, and Emaar Properties are among the prominent names who have committed to investing in Pakistan”.

In addition to Saudi Arabia and the UAE, Pakistan has also signed an agreement with China which is being described as the second phase of the China Pakistan Economic Corridor (CPEC) project. “We had signed an industrial cooperation agreement with China two weeks ago. Under the agreement they will put up industries in Pakistan’s economic zones which are located in Sindh, Punjab, and Khyber Pakhtunkhwa (KP),” Sharif, who had signed the agreement, said, adding that five priority areas have been identified, namely “food and agriculture, value-added textile, mining, and emerging technologies”.

Apart from Saudi Arabia, the UAE and China, the BOI has received written commitments from Malaysian, German, and Korean investors.