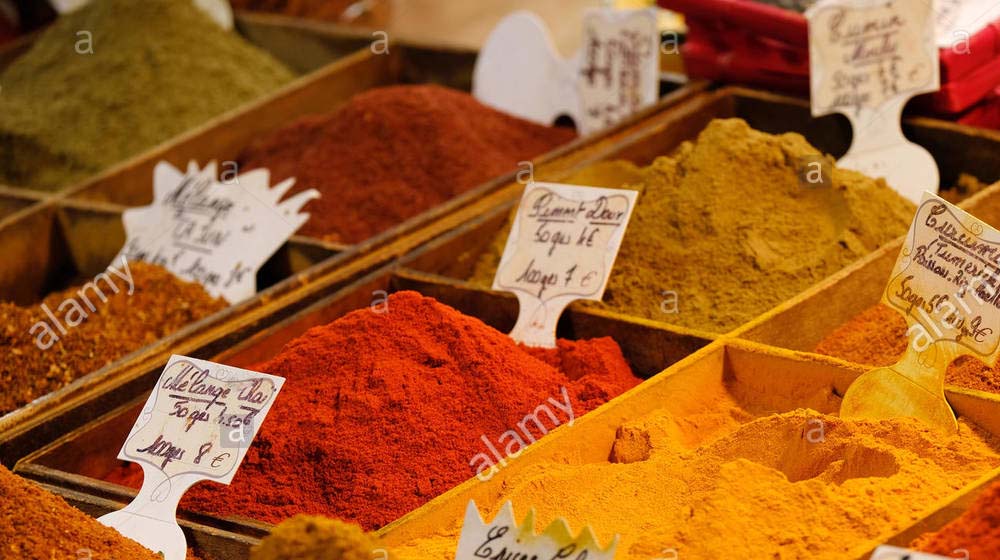 Punjab Food Authority (PFA) is continuing its ongoing crackdown against contaminated and adulterated food items. In a major development, the authority has imposed a ban on the sale of open spices across the province.

The move is aimed at curbing the menace of adulteration of food items. The ban comes into effect from today (Tuesday) across the province.

PFA Director General Captain (Retd) Muhammad Usman said that the authority has banned the sale of unpacked spices under a law which came into force now.

The law was originally introduced in June 2017 but the authority had given a period of 18 months for businesses to make their adjustments, he added. Traders also received practical training before the introduction of this law.

As per the new law, it will be mandatory for the industry and traders to print the name and address of the manufacturer or supplier, the ingredients, its weight and dates of manufacture and expiry.

Usman explained the reason for the ban, saying that adulteration is very common in open spices and other food items.

The adulterated spices are causing diseases which necessitated the steps to control the menace, said Usman. The new law is among the steps the authority is taking to deal with the issue.

The enforcement teams will be implementing the law effectively. The violators will be punished and their products will be confiscated, the DG added.