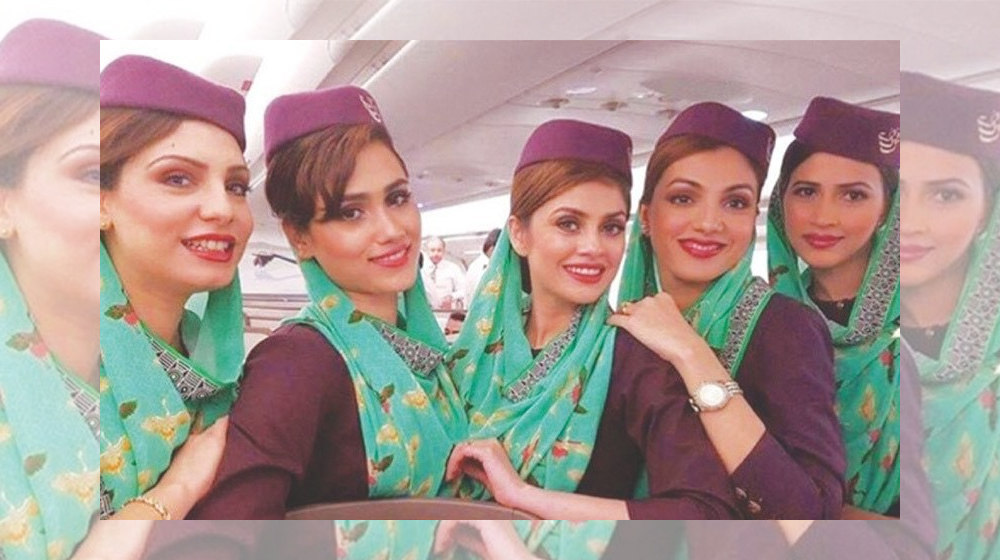 Shedding a few pounds must be many people’s new year resolution. But having this goal set by an employer seems a little over the line. This is what Pakistan International Airlines (PIA) has done to welcome 2019.

The flag carrier has asked its ‘overweight’ crew to lose weight by February 1 or else they will be grounded. The airline has released a circular on this ultimatum.

The circular gives a schedule for the cabin crew to reduce weight. What is more is that the circular suggests that the airline has done this before too. It states that the crew was told on May 10 2016, to lose weight.

It reads, the PIA has decided to ‘gradually reduce waiver of 30 lbs. excess weight to zero lbs. in coming months’. The schedule provides details on shedding five pounds every month to lose 30 pounds by July.

Five Pilots Employed By PIA Have Not Even Passed Matric: CAA

Moreover, by February 1, the crew will have to lose five pounds, given they were considered overweight before. Same goes for the next months till July 1, when the crew is expected to have achieved the target of zero pounds excess weight.

Also, who have 30 pounds excess weight after January 31 will be grounded and ‘referred to aircrew medical center for medical evaluation and treatment until the weight is reduced up to desired standard/ BMI.’

It also states, “Cabin Crew already on weight check are required to report Grooming Cell up till 15th of each month for clearance of International/Domestic flights in their next roster.”

The fact that among all the pressing issues, PIA chose this one to deal with is quite strange itself. It is incurring a loss of billions of rupees every month. Many of its pilots do not have a proper degree. The company has been called as a black hole by the finance minister, and yet, fat shaming its employees is what PIA chose to do.