China’s tech giant, Xiaomi, has announced to officially turn its Redmi range into a sub-brand.

The announcement was made on the company’s website, which promises to tell more at a January press conference on January 10.

A closer look at the image tells us that the company may roll out a Redmi phone with a 48-megapixel camera. You can see the ‘4800’ text in the shadows in the image below. 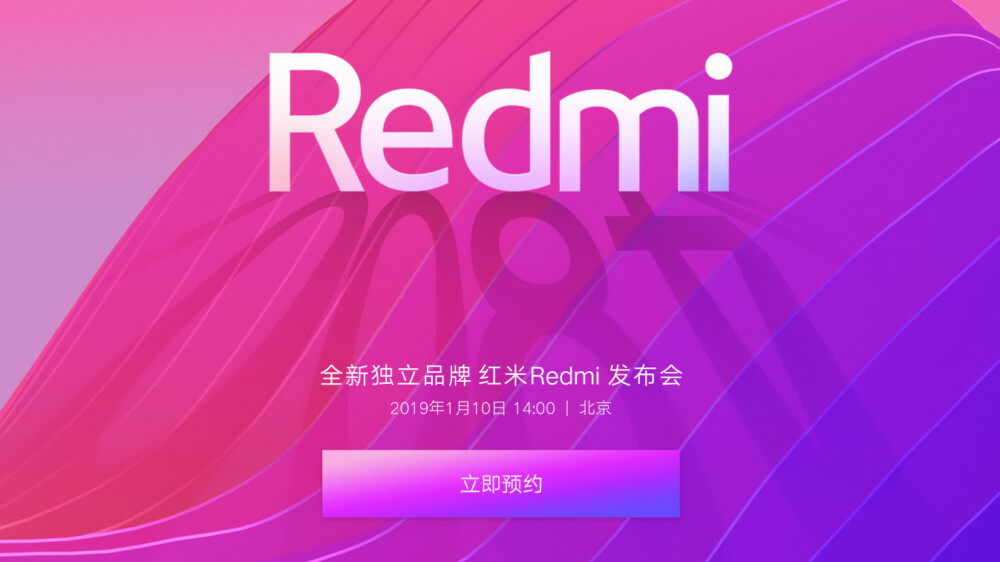 Chinese enterprises usually use this convention for megapixels, as 1200 represents 12MP while 500 refers to 5MP. The ‘4800’ text suggests that a 48MP Redmi device can be in the offing. Besides, the company’s president Lin Bin had announced last month that a device with a 48-megapixel camera is under process.

Nevertheless, the text may also refer to the battery size, but Xiaomi usually uses a 4000mAh battery unit for its larger Redmi phones.

As far as the new device is concerned, there are only speculations as to whether it will be a Redmi 7 Pro or Redmi Pro 2, a sequel to Xiaomi’s Redmi Pro, or an entirely new Redmi family.

Moreover, we do not know yet if it is the same 48MP phone announced earlier, which not only teased the 48MP branding but also a huge camera bump.

Whatever it is, the fact that Redmi is now Xiaomi’s sub-brand remains an interesting decision, given the brand already dominates the company’s shipments. The Smartphone manufacturer already has a sub-brand named Poco for affordable flagship phones while the Redmi is series is expected to offer entry-level and midrange devices at cut-throat prices. Mi series will remain the company’s premium flagship series with the latest tech advancements.

With 2019 just beginning, Xiaomi is already planning to launch a couple of devices at an event today. It is expected to launch Redmi 7 or Redmi Pro 2 to mark the start of new year.

The specs of Redmi 7 have already leaked on TENNA while Redmi pro 2 is rumored to sport a massive 48MP camera. Apart from these two, the event might just unveil the Redmi Go, an entry-level device with Android Go.

Yesterday, Xiaomi’s official Weibo page displayed a document, which read: “Tomorrow at 10 am, the first major event in the year”, implying that the company is going to make an important announcement today.