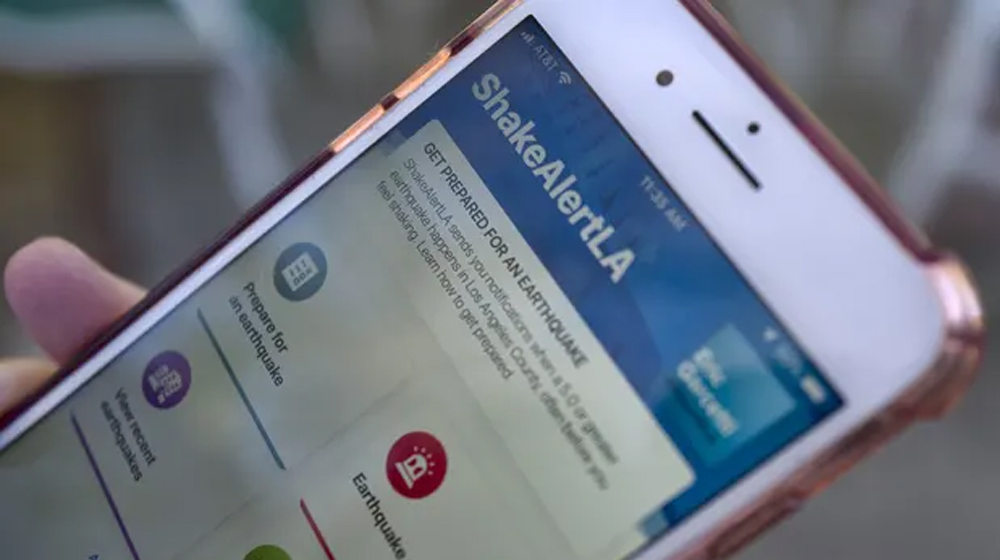 The US has got its first-ever publicly available app that issues a warning that an earthquake is expected soon.

Called ShakeAlertLA, the app has been launched in Los Angeles. It employs mobile technology to warn the LA residents when the US Geological Survey’s early-warning sensor network shows that an earthquake of magnitude 5.0 or beyond is about to hit their location.

The warning comes a few seconds before the earthquake. For some, a warning that is a few seconds early may not seem like that big a deal, but according to LA Mayor, Eric Garcetti, with earthquakes, “getting a few seconds’ heads-up can make a big difference if you need to pull to the side of the road, get out of an elevator, or drop, cover, and hold on.”

The app is available for both, Apple and Android smartphones. For now, it is only available for the state of LA. While there are many public service agencies across the west coast that utilize the USGS’ early warning sensor network to detect earthquakes, it is the first time the residents have some technology available to receive alerts immediately across the region.

Notably, countries like Mexico and Japan already have Earthquake Early Warning (EEW) systems put in place. The earthquake-prone LA had decided to join the club in 2016, announcing a launch date at the end of 2018.