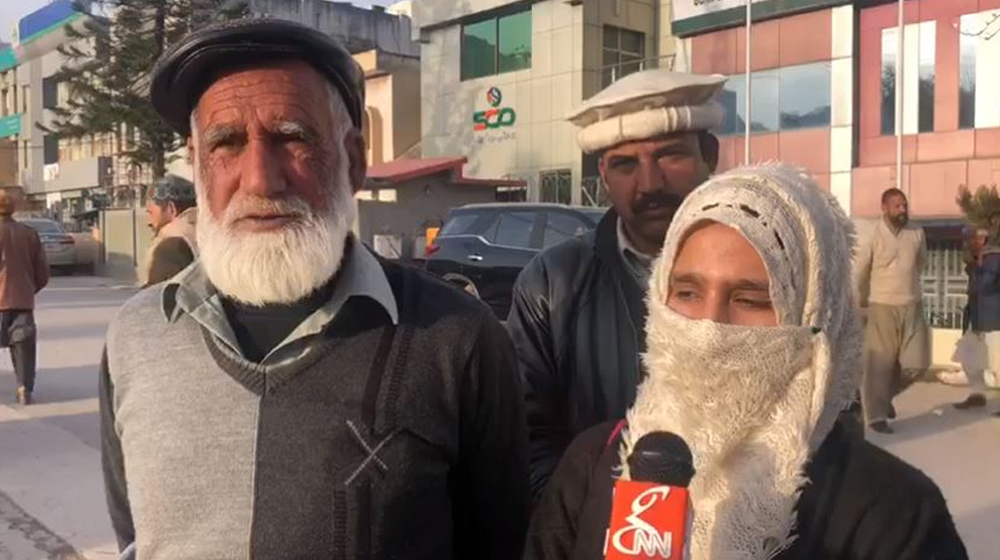 Sehrish Sultan, the topper of Azad Jammu & Kashmir Public Service Commission exam, was arrested for lodging a protest outside the Prime Minister Secretariat in Muzaffarabad.

As per the details, Sehrish belongs to Sudhanoti district of Azad Kashmir. Despite scoring top marks in the exams, she has not been appointed to a post yet.

She alleged that Law Minister Farooq Tahir had appointed his niece to the concerned post. Sehrish decided to lodge a protest against this act of nepotism along with her senior uncle.

However, the law enforcement officials took them into custody. They even dragged them on roads before arresting the individuals.

Taking notice of the incident, Prime Minister AJ&K Raja Farooq Haider Khan reproved the concerned officials. He also directed the education minister to contact the aggrieved party and submit a report on what actually happened.

After being released, Sehrish told the media that a minister has assured her that the issue will be resolved. She said that she was not treated well.

“We were not allowed to protest and physically assaulted while being moved to the prison. Now, this is all being done to suit political agendas. If my issue is not solved, I will do what I can to have it registered,” she said.