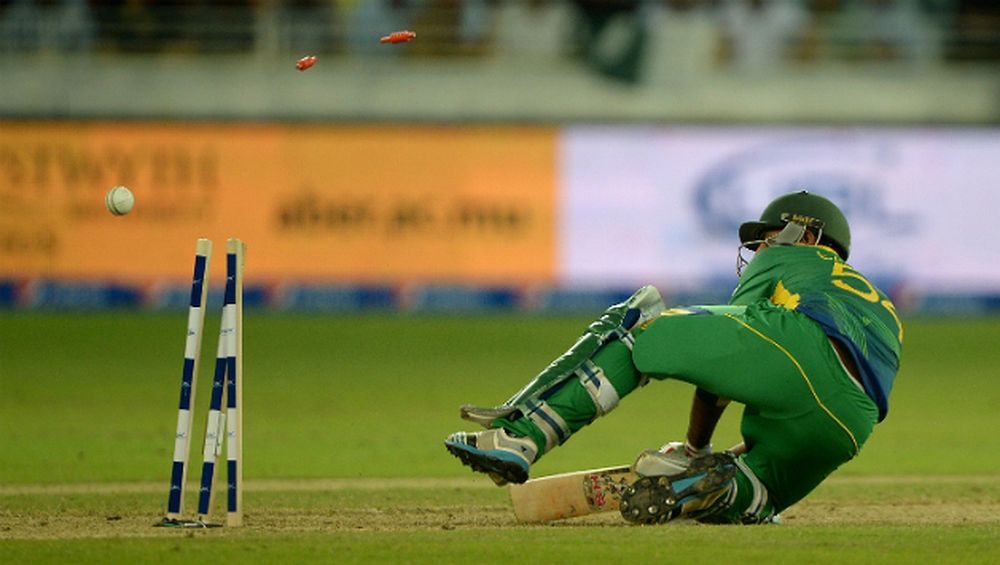 There is no denying that Pakistan cricket team suffers from a lets-surrender-if-under-pressure syndrome; falling apart under pressure and gifting away victories to the opposition especially when they are chasing down targets.

The most recent example of such behavior was when the Pakistani team was chasing a target of 280 against New Zealand in the final and deciding Test match. Result? Pakistan were all out for 156 on the final day.

Crumbling under pressure is one of the biggest problems Pakistan cricket suffers from and this issue has become far more prominent in Test cricket in recent times than ever before. Micky Arthur, following the series loss to New Zealand, claimed that perhaps Pakistan requires a psychologist to sort out the problems.

Keeping aside all the problems, let us focus and analyze the stats and numbers.

Pakistan failed to score 500 or more against all of these oppositions. For comparison, India, the number one ranked team in Test matches, has scored 500 or more 8 times in the same time frame.

So clearly, there is a disparity amongst the top teams and Pakistan. Digging a little deeper, we also notice that Pakistan loses wickets a lot cheaper than others. Here’s a comparison to give the words more meaning:

Overall, Pakistan has a much lower runs-per-over rate as well, which is compared as follows:

Pakistan’s inability to score quick runs and then losing wickets quickly is one of the main factors why pressure takes a toll on the batsmen, who eventually lose their wickets in quick succession.

Batsmen often play their best cricket when they are put to test against the best oppositions in the world; the classic examples of that are Virat Kohli and Kane Williamson. Both players, even as skippers, have proved their worth time and time again; be it scoring a vital knock to set a huge total or chasing down totals put on board by the oppositions. They are arguably the most complete batsmen in modern cricket.

Pakistani batsmen, on the other hand, work very differently. They often play their best cricket if the conditions suit them and if they are not chasing down any target i.e. not under pressure. However, cricket is not a game of comfort. You should perform under any situation and at any surface.

Here is how the Pakistani batsmen average in the last two years based on each innings (excluding openers and tail-enders):

*If you exclude Asad Shafiq’s performance in the last Test match against South Africa, he then averages just 15.33, which is remarkably poor for an experienced premium batsman.

When you analyze the data of each innings, there is a common trend amongst almost all of them — all the ‘premium’ Pakistani batsmen have been performing extremely poorly in the 4th innings, which means while chasing a target in the Test matches. In contrast, when you look at the averages of their first two innings, there is a huge contrast because there’s not as much pressure in the beginning as there is towards the end of it.

The biggest question perhaps is not why the batsmen are underperforming but why the coach and team management has not identified the problem and made decisions to prevent this from happening over and over again? Even under Micky Arthur, Pakistan has lost as many Test matches in 4th innings as they did in previous 2 years. So if there are no improvements under him then why does he still occupy the position as a head coach?

What do you make of this? Let’s have a discussion in the comments section below.