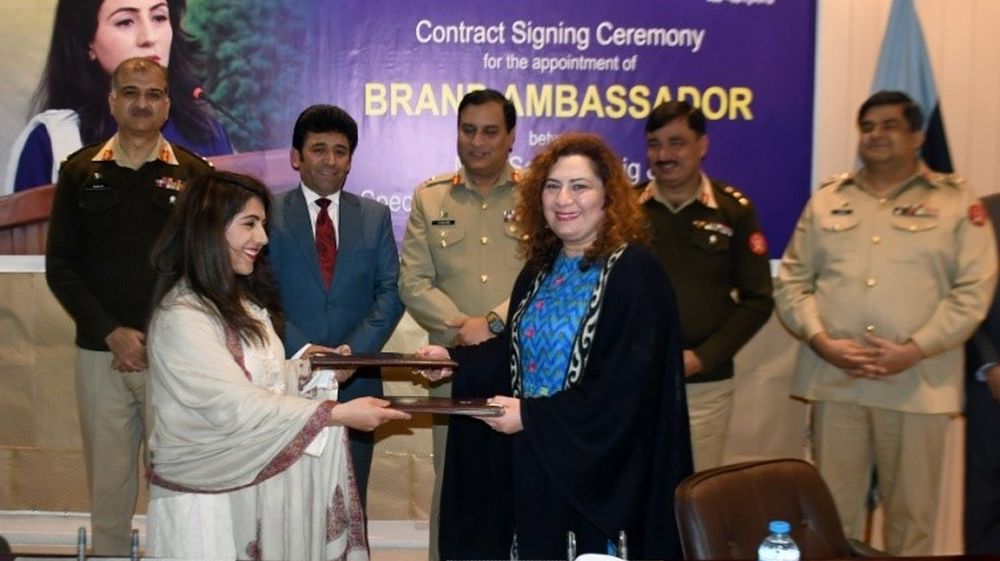 Special Communications Organization (SCO) has renewed the contract with Samina Baig as its Brand Ambassador today. She was actively participating in CSR activities organized by SCO during her last tenure.

Born in Gilgit-Baltistan, at the age of 22 Samina Baig became the first Pakistani woman to climb Mount Everest. She has climbed the highest mountain in each of the world’s seven continents and was awarded with the Pride of Performance by the Government of Pakistan.

I feel honored to be a part of SCO again because the organization is sincerely committed to improve the quality of life in their regions and also to promote healthy sporting activities.

As a Brand Ambassador, she will actively promote the SCO initiatives and endorse social responsibility events in Azad Jammu & Kashmir and Gilgit-Baltistan.

The signing ceremony organized at SCO Headquarters was attended by DG SCO Maj General Ali Farhan and other higher officials.