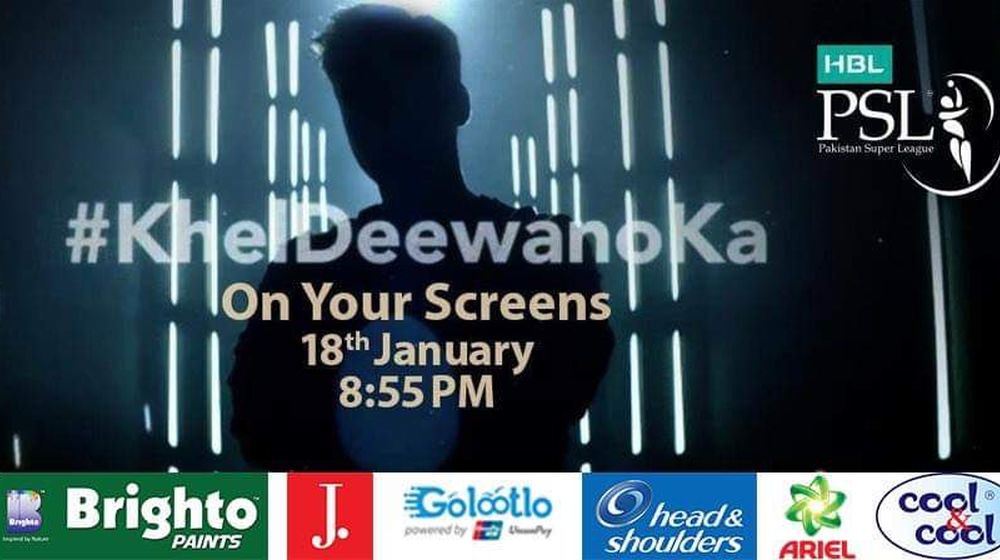 The official anthem for the fourth edition of Pakistan Super League (PSL 4) has been released. The song is sung by singer-turned-actor, Fawad Khan and the rapper Young Desi.

The song titled ‘Ye Khel Deewano ka’ is already taking PSL fans by storm just as previous songs of the league have.

In all three previous seasons, PSL anthem was written, composed and sung by Ali Zafar. However, the singer-cum-actor missed the opportunity due to ‘jam-packed schedule.’

“I had packed schedule and due to which I was unavailable which I had informed the board as well,” Ali said while speaking to a local TV.

In his absence, Pakistani heartthrob Fawad Khan has sung it, while Shuja Haider has composed and written it.

The fourth season of the league will start from February 14th at Dubai with a star-studded opening ceremony, and the final of the event will be staged at the National Stadium Karachi on March 17.

Listen to the anthem and let us know how you liked it in the comment section below: