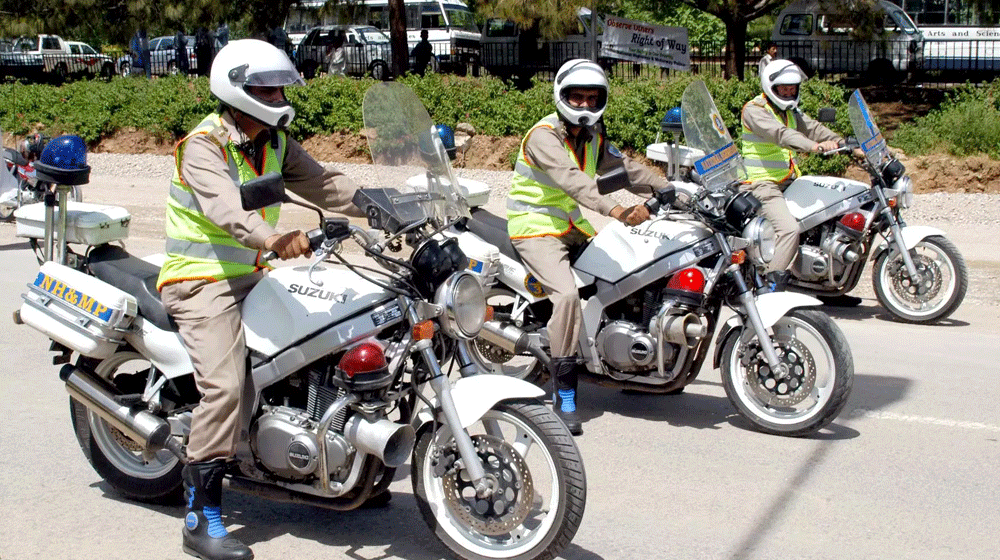 Islamabad Traffic Police (ITP) has formed special squads to control lane violations and to ensure the smooth flow of traffic in the capital city.

The decision to constitute special teams was taken during a meeting with Senior Superintendent of ITP Farrukh Saeed in the chair.

The meeting, which was attended by SP (Traffic) Khalid Rasheed, all heads of traffic zones and Inspectors, decided to take immediate steps to maintain the traffic discipline and avoid lane violations to prevent accidents and ensure smooth traffic flow.

SSP Farrukh Saeed also directed the department’s education team to make road surveys and create awareness among travelers regarding the disadvantages of lane violation which cause accidents.

Only 40% of Traffic Signals are Functional in Islamabad: ITP

“The purpose of taking such steps is to provide safety to the citizens,” he said.

SSP ITP ordered strict action against the violators and said no leniency will be tolerated. The decision has come just a couple of days after news surfaced that only 40 percent of the traffic signals installed in Islamabad are in working condition.

The news was, however, negated by the department with admission to the fact that there were ‘many’ out of order traffic signals but the number was not that high.