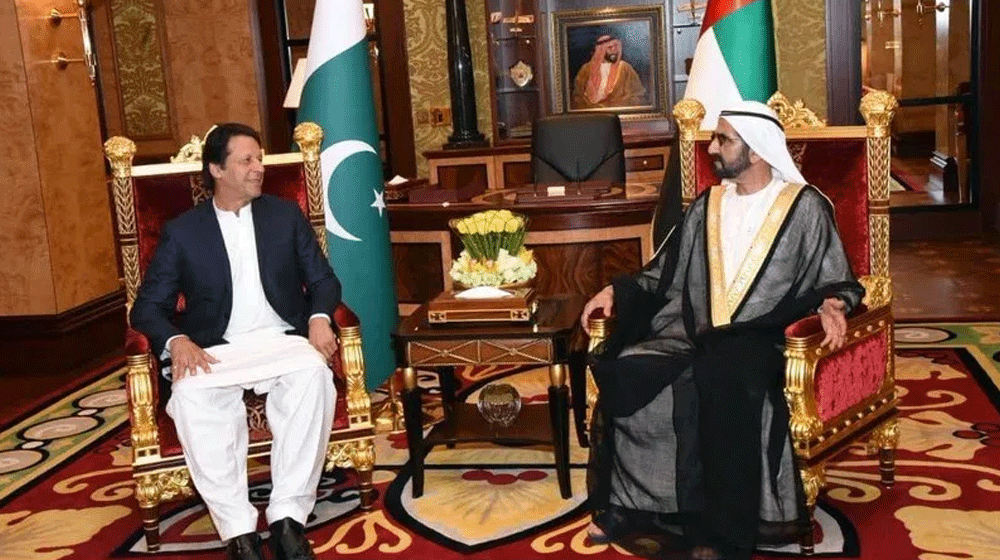 United Arab Emirates (UAE) has approved a 6.2 billion dollar support package for Pakistan. The move is expected to boost the country’s foreign exchange reserves in the coming months.

The contract was signed in Abu Dhabi on Tuesday. Under the agreement, the Gulf country will deposit $3 billion in the State Bank of Pakistan. The amount will be paid to Pakistan in three monthly installments.

The support package was promised during Prime Minister Imran Khan’s official visit to UAE in December.

During the visit, the terms and conditions for the support package were finalized. The deal reportedly includes cash injection of $3 billion in three installments and oil supply of $3.2 billion on deferred payments.

Following Saudi Arabia, Qatar to Become a Part of CPEC

According to a joint statement issued after the visit, PM Imran thanked the crown prince for the “generous” balance-of-payments support.

Advertisement
PM Khan is currently on a two-day official visit to Qatar. He is also expected to renegotiate the long-standing issue of LNG prices which he has been criticizing the years.
The previous PML-N government signed the contract for the import of LNG from Qatar at a price equivalent to 13.39 percent of the international benchmark crude oil price.