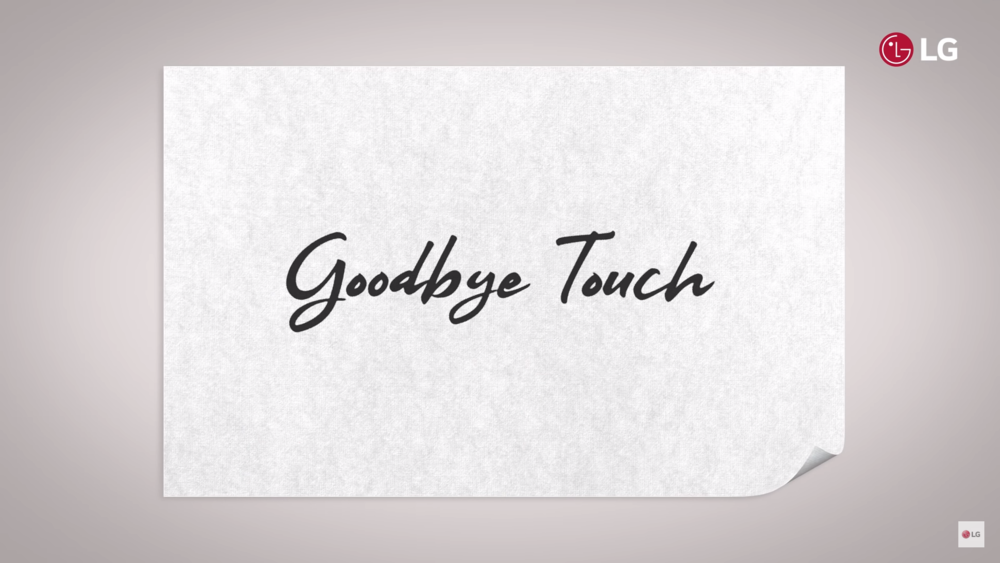 From keypads to touchscreens to gestures?

The Mobile World Congress (MWC) is just a month away. Smartphone makers from around the world show up at the event with their flagship devices, with Samsung usually taking the spotlight with its S series each year.

LG is no exception, showing off its next G-series or V-series flagship every year.

LG’s mobile division, however, has been facing tough times recently but they are hoping to change that with their new phone, which will show up at the MWC 2019.

LG has sent out invites for their event on 24th February in the form of a video posted on YouTube.

The 13-second video focuses on the statement “Goodbye Touch” and shows various swiping motions of the hand, with each motion switching to the next piece of text until the date finally shows up.

There are currently no rumors about any upcoming LG Smartphone that fit the “Goodbye Touch” criteria, but apparently, it looks like that LG has something in the works that will change the way we interact with our smartphones.

The video suggests that we won’t feel the need to interact with our devices by touching the screen, instead, gestures will be the future. Whatever LG is working on, it will probably use some kind of interface that responds to hand gestures.

If you recall, Samsung showcased something similar with the Galaxy S4 back in 2013. It was called Air Gestures and it read your gestures, letting you swipe between photos without having to touch the screen.

Obviously, LG’s implementation of gestures in 2019 is going to be much more advanced than that, however, we’re not entirely sure how well it’ll work.

To find that out, we’ll have to wait until February 25th, when MWC kicks off.