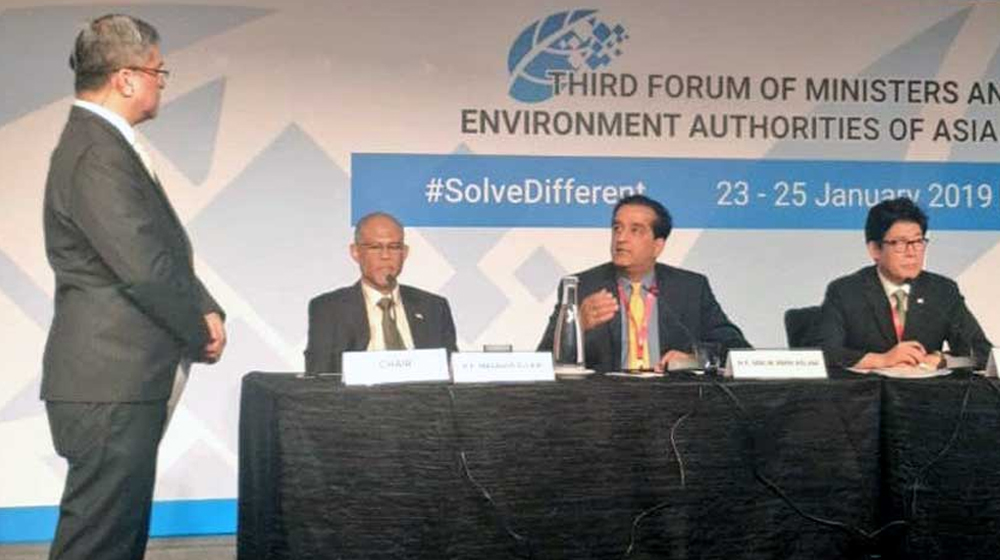 Pakistan has been elected as the Vice Chair of the United Nations (UN) Environment’s Forum of Ministers of Asia Pacific.

Today was the third session of the forum in which elections for the said position were held. Prime Minister Advisor on Climate Change Malik Amin Aslam and Additional Secretary Babar Hayat Tarar represented Pakistan in the session.

A total of 41 environment ministers of Asia Pacific, including Japan, China, Korea, Indonesia, Malaysia, New Zealand, and Australia etc. have elected Pakistan as the Vice Chair.

The PM advisor said that Pakistan is among the leading countries regarding the environmental actions to deal with the impacts of climate change.

He said that Clean Green Pakistan campaign has been initiated across the country. The campaign aims for the protection of the environment and involves 10 billion-tree plantation drive, Total Hygiene and Clean Drinking Water, and Solid and Liquid Waste Management.

Notably, the UN Environment has decided in principle to set up an office in Pakistan, taking into account the country’s steady demand.