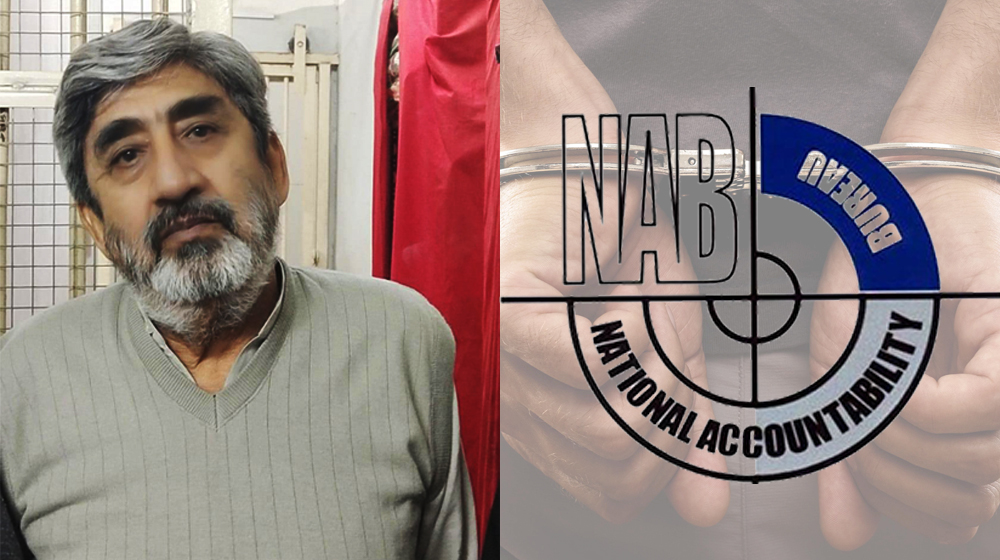 According to an official statement, NAB Karachi arrested Abbas Ali Agha, who was wanted in an investigation against Manzoor Qadir aka Manzoor Qadir Kaka former DG SBCA, pertaining to Nahr-e-Khayyam plot.

All Commercial Properties on Military Lands Should be Destroyed: SC

The accused Abbas Ali Agha was one of the Directors of M/s Ocean Pvt. Ltd. who in connivance with Manzoor Qadir Kaka was involved in the illegal restoration of a 4000 sq yard Plot situated at Nahr-e-Khayam Block-5 Clifton.

The worth of the plot is more than Rs 2 billion.

Abbas Ali Agha, along with other Directors, was the illegal beneficiary of the said plot who disposed of the said property by cheating the purchaser.

Initial interrogation has already served potential leads. The arrested person will be produced before the Accountability Court today for physical remand.