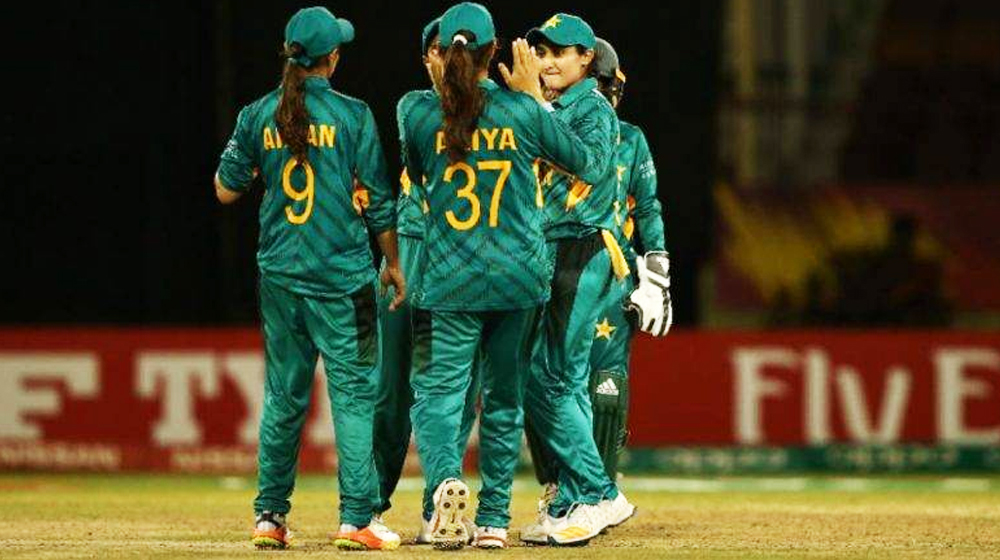 Pakistani women cricket team has thumped West Indies in the third and final ODI by four wickets to register a historic series win.

The decision proved wrong as the West Indies side was booked for just 159 runs in the 48th over. Stefanie Taylor (52) and Deandra Dottin (28) were the top-scorers for the visiting side.

Pakistani bowlers were right on the money for the most part of the innings – almost every bowler contributed, but Diana Baig and Nashra Sandhu were outstanding on the day with three wickets apiece.

Pakistan, in reply, surmounted the total with four wickets and 16 balls in hand. Sidra Amin (52), Nida Dar (26) and Javeria Khan (24) were the highlights of the innings.

The Pakistan men’s team coach along with Wasim Akram and Karachi Kings crew were there to congratulate the women team in person. Take a look below:

Pakistani team, who lost the first match by a considerable margin, came back strongly and won the last two games of the three-match series to lift the trophy.