Kia has already launched the Grand Carnival and Frontier in Pakistan. What’s next? Well, the company is teasing with its SUV Sportage and people have spotted it on Pakistani roads multiple times so it seems the launch is imminent.

Other than that, as per Kia Motor’s Pakistan official Facebook page there are reports of other Kia cars that were being tested on Pakistani road. so it seems that the car monopoly is finally going to be broken.

We are going to admit that we’re excited. Why? Because we are all auto enthusiasts and are quite tired of the low competition in Pakistan’s auto industry.

The reason for hope? Kia. It was one of the first companies to believe in Pakistan following the launch of Auto Policy in 2016 and it deservedly got a lot of press for it.

The manufacturer is known globally for churning consumers love and it’s bringing that expertise to Pakistan. Following the launch of the stylish Grand Carnival, multiple cars are expected to be launched in the coming months and years as the plant construction is going on full space.
Let’s talk more about what we can expect from Kia. 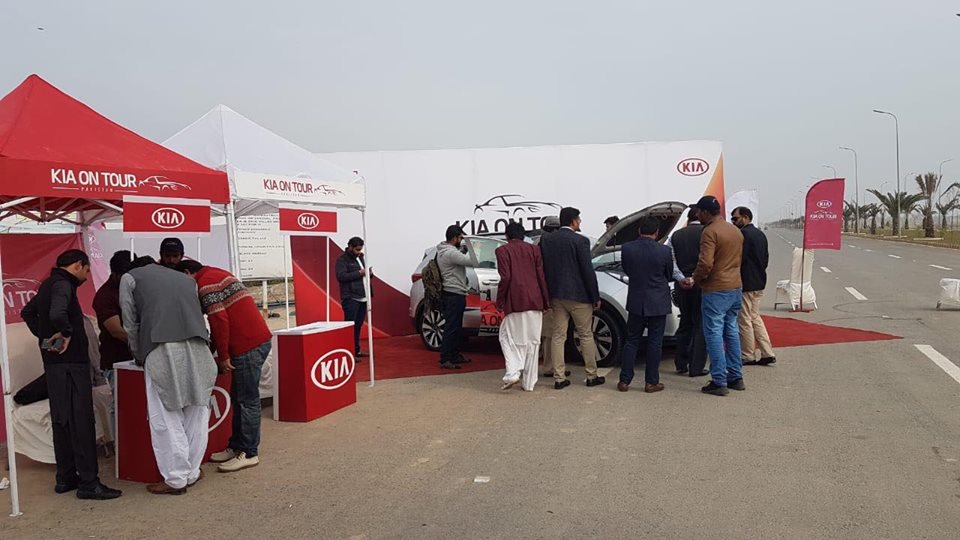 The biggest question, perhaps, is: which car is Kia planning on launching this year?

If the rumors are to be believed then Sportage’s arrival in Pakistan remains imminent. Various Automotive experts have voiced their opinions regarding the vehicle and termed it as ‘one to look out for’.

Following Kia’s social updates, the Kia was on tour to various cities of Pakistan with luxurious Grand Carnival & Sportage SUV where they have given exciting Kia experience to thousands of customers in multiple cities via unique test drives.

For Kia, it is vital to value the customers and opinions which is why test-drives were given to the people presented at the events to get valuable feedback in return.

This is indeed a remarkable method through which Kia is building a close bond with its potential customers.

Lastly, with Kia’s launch of Sportage around the corner, the real question is that should SUV customers hold their purchase? Surely, this is going to be an easy choice!