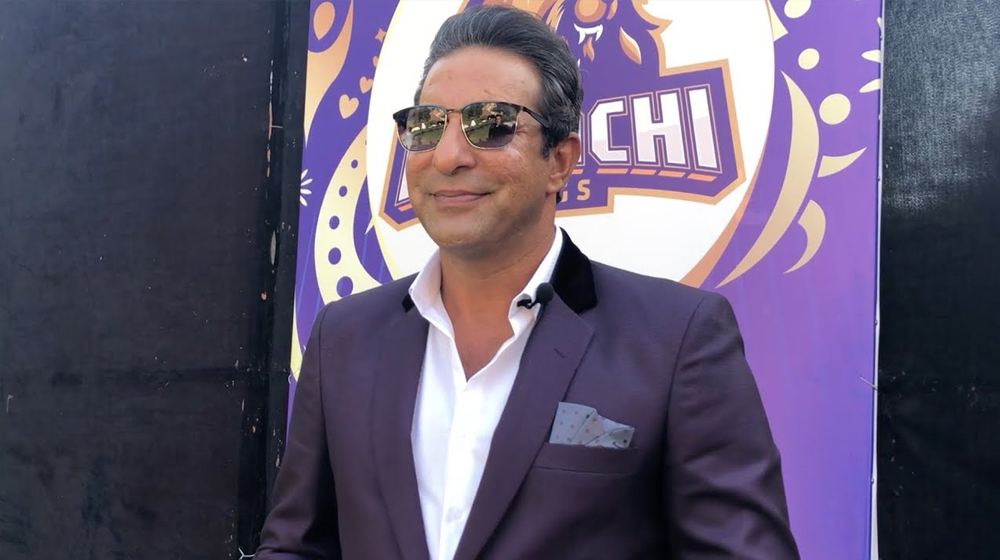 The fierce rivalry between Karachi Kings and Lahore Qalandars has taken a turn for the worse after the teams competed against each other in the first fixture of the Pakistan Super League (PSL) 2019 on Saturday.

Following a close competition, Lahore Qalandars beat Karachi Kings by 22 runs and registered their first win over Karachi for the first time in the history of the tournament.

After the match, an exchange of inappropriate gestures occurred which saw an official complaint being filed against Wasim Akram, Imad Wasim and Mohammad Amir.

The President of the Karachi franchise, Wasim Akram, claimed that upon completion of the match, someone from the Qalandars stand had called him an ‘aalo’ (a potato).

In the lieu of the spat, Imad Wasim and Mohammad Amir were both seen using inappropriate and offensive language towards Qalandars stand, which also included women and children.

Wasim Akram also got involved and the trio were seen shouting at Lahore Qalandars’ stand and exchanging inappropriate words, according to reports.

According to recent updates, the accused person from the stand was nabbed with the help of CCTV footage.

This does indeed reflect extremely poorly on Wasim Akram and current Pakistan national team members, Imad Wasim and Mohammad Amir. PCB has decided to conduct an inquiry and will hand out hefty fines and/or bans if needed.