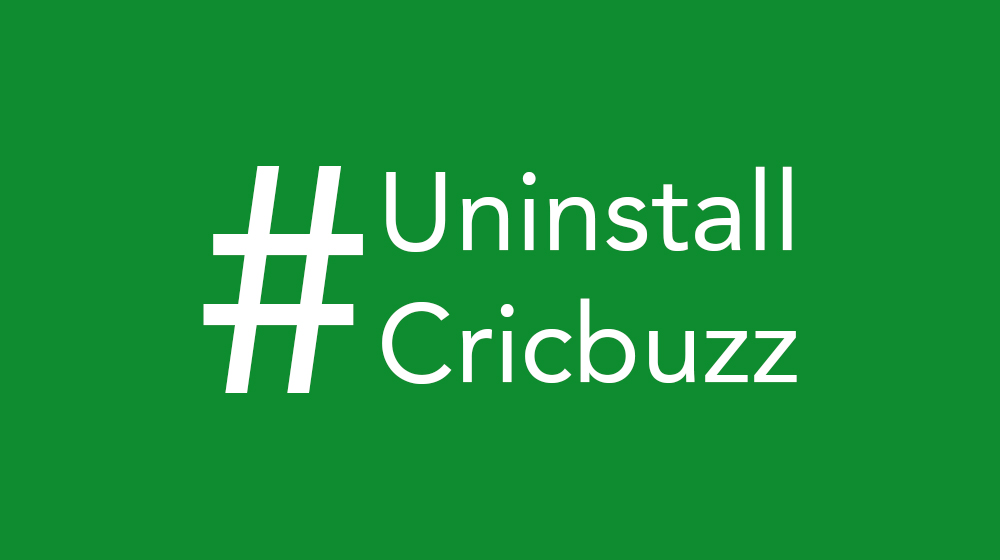 After a rise in tensions between Pakistan and India following the Pulwama incident, Indian organizations are sticking together to undermine Pakistan; one such example is banning the coverage of Pakistan Super League (PSL).

DSports and IMG Reliance both had an agreement to produce and broadcast the entire PSL. However, following the terrorist attack, both companies refused to honor their agreement and terminated the contract.

Fortunately for Pakistan, this unity from various Indian organizations has come at a cost for them; public shaming.

A number of former cricket stars, commentators and experts are voicing their opinions regarding this matter, with all of them terming actions of DSports and IMG Reliance as ‘utter nonsense’.

Following this, a world-renowned sports website/app owned by an Indian, Cricbuzz, also stopped showing PSL updates which resulted in the trending of #UninstallCrickbuzz campaign on social media on Sunday.

A senior cricket journalist who goes by the name DennisCricket, shared his thoughts on Twitter which read:

It did not stop there. Here’s more:

So CricBuzz has scrubbed every mention of PSL from its site. That's some Stalinesque shit there

I have unfollowed @cricbuzz & deleted the app in response to their management for removing PSL Link from their website.
We all Pakistanis should do the same & Retweet this tweet to spread this message.
Pakistan first 🇵🇰#UninstallCricbuzz

I had been following Cricbuzz for quite a while due to easy access to cricket scores and news but I have uninstalled it now because the app owners have introduced their dirty polititics to the gentlemen's game by boycotting PSL coverage.#UninstallCricbuzz pic.twitter.com/GiGExQPxIi

The Funny Side to the Whole Saga?

While it may have been an immature act, some people still have not lost their humor:

India has stopped telecast of live matches of PSL, cricbuzz has stopped it’s coverage of PSL as well while literally half of insta story is my friends watching Gully Boy in cinema, nafrat aur jang sirf aik side say horahi hai.

Do you agree with how India is responding to the situation at hand? Let us know in the comments section below.