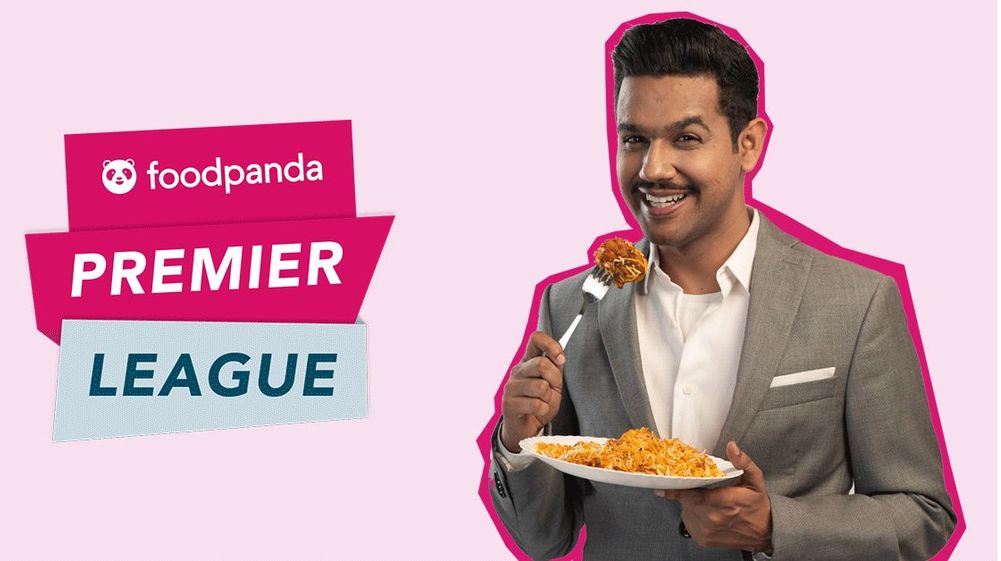 For years now, Foodpanda has been the one and only answer for easy and quick food delivery service at your doorstep in Pakistan. With cricket fever in full swing, foodpanda has launched one of a kind campaign under the name of Foodpanda Premiere League where they are going Big!

With their catchy tagline #HalkaNaiAna which literally means ‘not coming slow’ and they are indeed owning it by offering unimaginable deals, promo codes and a chance to win culinary kits that will make your cricket season twice as exciting.

The campaign went live on the 15th of February – covering all the big platforms, TV channels, Radio, and digital channels. The first video debuts Ali Gul Pir, singing and doing what he does best in a stimulating manner that will tempt you into ordering food only from Foodpanda during the cricket season. It’s followed by many other videos from leading sports and entertainment stars alongside bloggers and vloggers, sharing their creative take on #HalkaNaiAna.

Foodpanda Premiere League has discounts of up to 70% off on multiple restaurants, giving everyone a wide range of options to choose from.

The approach steers from a hot discussion that friends, peers, coworkers, siblings often have during cricket season – “Which team will win and what will we order when everyone gathers”.

The campaign clearly supports the idea that there is no need to argue about what to order, be it fast food or desi at the cricket watch-party being hosted by you, your friends or your family because Foodpanda is your savior. It simplifies the whole process since all you have to do is “open the Foodpanda app, choose what you want, tap thrice and voila – your craving is fulfilled”.

Major mediums, check! Biggest celebrities, check! Crazy discount, check! foodpanda, check check check! So, whether you are watching the match by yourself, or your loved ones or at a watch-party you know one thing’s for sure – Foodpanda is your savior!