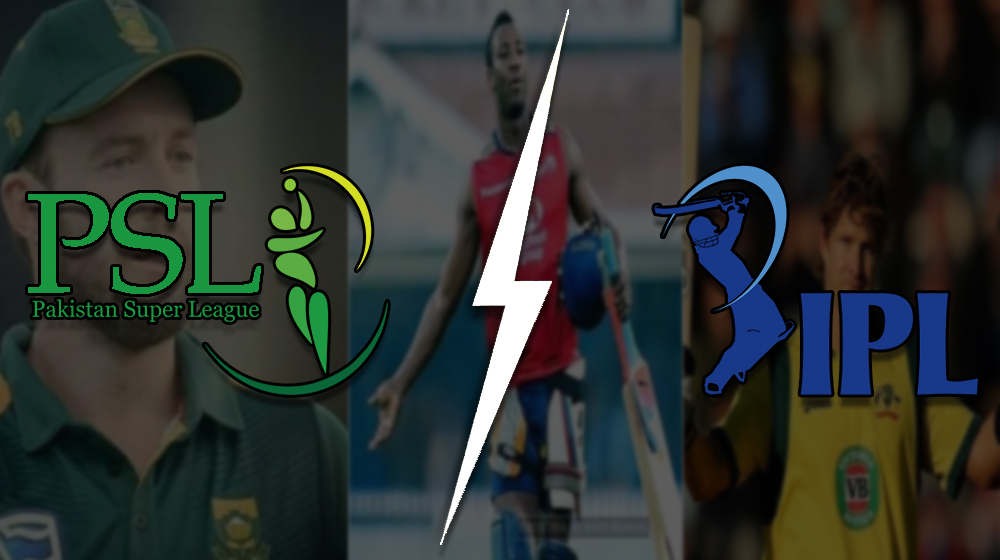 Following the Pulwama Attack, Indian media and the masses have been spewing hatred for Pakistan.

The extremists have been trying their best to spoil the gentleman’s game, bringing politics into cricket.

Indian broadcasting company IMGReliance has already pulled out from covering the Pakistan Super League (PSL) 2019, Cricbuzz has removed all the PSL data from its website and app and some former cricketers are asking to isolate Pakistan in all fields.

A number of Indian fans have used the social media platform, Twitter, to voice their suggestions of banning international cricketers playing in the PSL from participating in the Indian Premier League (IPL).

Here are some of the tweets asking for the ban.

There are players who plays both in @IPL and @OfficialPSL . @BCCI we just need an announcement that the players who are playing in PSL and also selected to play for IPL, if they dont withdraw their name from PSL shouldnt be allowed to play in IPL. We need this now.@TajinderBagga

@BCCI should ban all the players who play in PSL. Lets teach Pakistan a lesson. Let players decide its IPL or PSL. #PulwamaTerrorAttack

Let's use our soft power to isolate Pak. Today PSL (pak's ipl version) is starting.. we will force @bcci to ban foreign players who plays in PSL to not allow them to play in IPL. #boycottpsl#PulawamaTerrorAttack https://t.co/4PP6jvCMp4

@BCCI Ban all players playing PSL from participating in IPL.. Or ask them to choose!!

Boycott PSL foreigner Players#IPL2019 – Already franchise has alot of Players, then why go for retired players.

Anti-Pakistan messages have swarmed the internet and it seems like the Indians are filled with wrath against their neighbors.