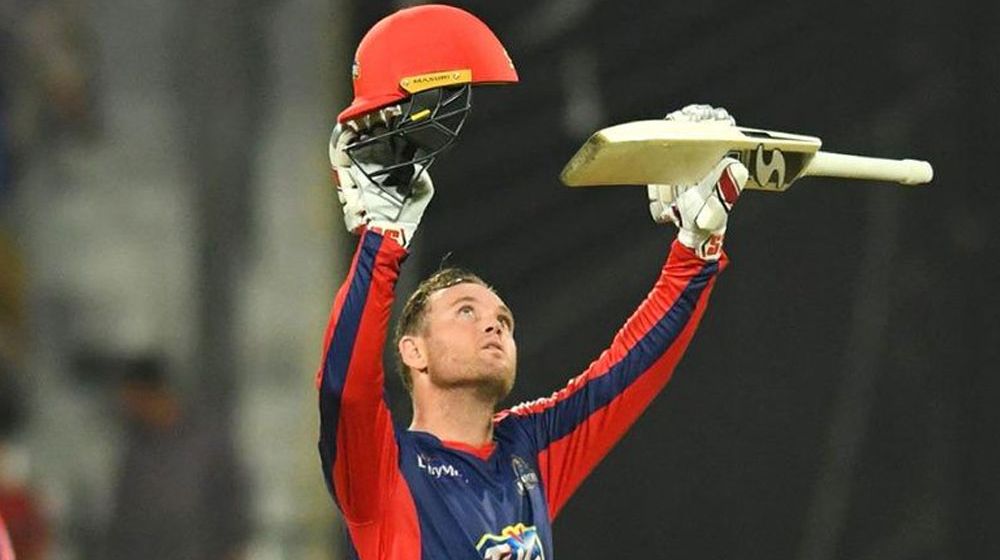 Colin Ingram’s masterclass with the bat saw Karachi Kings through, registering the team’s second win this season. While chasing 187, he scored his career-best 127* at a strike rate of 215.25. The next highest score by his teammates was 19. It was the fourth century scored in PSL history and the first one by a foreign player.

Here are the highlights.

The South African broke the back of Quetta Gladiators’ bowling and a few records. He now has the highest ever individual score in PSL history with 127*, bettering Sharjeel Khan’s record of 117 runs.

The left-hander’s knock included 8 sixes and 12 fours off just 59 balls. The axed Pakistani opener, Sharjeel blasted 117 off 62 balls versus Peshawar Zalmi in the third qualifying final in 2016.

Ingram has also become the first overseas cricketer to score a century in the PSL. Previous highest was Luke Ronchi’s 94* against Karachi Kings.

With each day, the PSL is becoming more and more interesting with thrilling finishes and some brilliant individual performances.