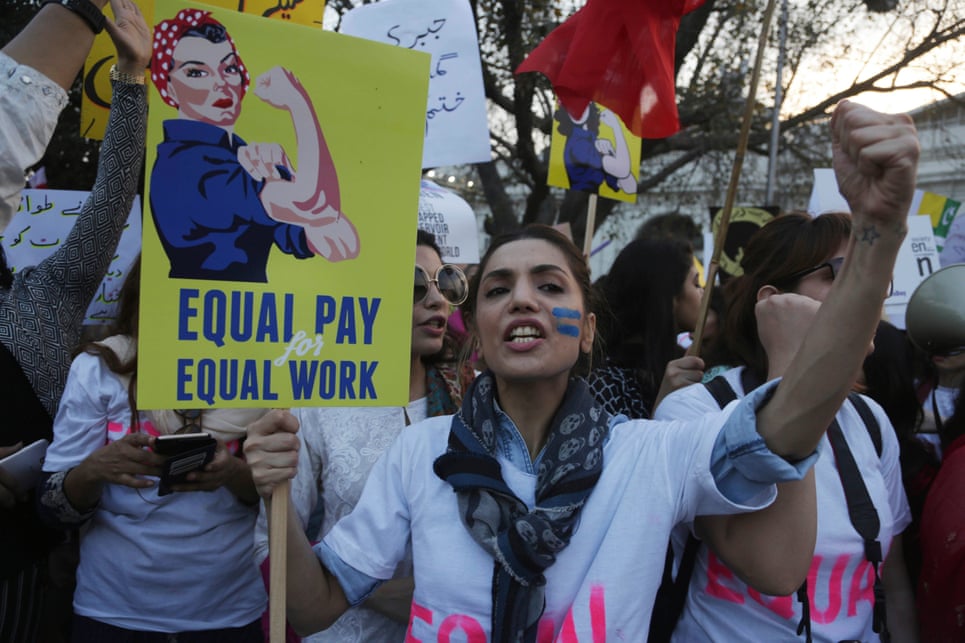 Check out these pictures from the Aurat March 2019!

This doesn’t need to be said, but it bears mentioning all the same. Women have it tough in life.

Be it in terms of the responsibilities they take or the opportunities they get, the fairer gender has to struggle more to get what they want. They are paid less, have limited freedom, and do more to prove that they belong. And that’s not all. They often become targets of violence and exploitation, and we can’t help but think that there is something very wrong with things as they are.

Some of the issues that women face in Pakistan are:

Women deserve better, and that change has to come no matter what. This Friday, just in time for International Women’s Day, Pakistan will be holding Aurat March all across the country. This March is all about letting people from all walks of life know that Pakistani women deserve better.

If we had to sum up what Aurat March (Women March) is all about, this tweet pretty much explains everything:

Women need to reclaim what’s rightfully theirs. Be it public places, better lifestyle choices, or economic opportunities, Aurat March will be bringing a cross-section of Pakistani society to come out in support for the women in the country.

Aurat March is open to all, and it has invited women from factories, offices and homes to lend their voice this Women’s Day. One for all and all for one.

Making a Point with Creative Slogans

Nothing like the International Women’s Day to come up with some catchy slogans and signs. Participants at the Aurat March did not disappoint at all:

Nice to see family representation at the Aurat March pic.twitter.com/k08hrLXAmI

So many people have turned up for #AuratMarch in Lahore. Proud of you Lahore! pic.twitter.com/ihSDPSYqB6

Meanwhile in Aurat March our feminists leading with this poster pic.twitter.com/q4YQDSkx9n

Spirits are high for the #AuratMarch2019 tomorrow. We are so excited and ready to march in Lahore tomorrow. Join us for the march at Lahore Press Club at 2:30 pm. #BehencharaAurYakhjehti #HumAurtain @AuratMarch pic.twitter.com/N46GiAToD4

The March is out in full force!

Some important points to note:

The Aurat March does not seek to be a moment; it is part of a movement towards collective action and consciousness building.
We march making these demands:*

Don’t bring single use plastics with you – bring your non disposable water bottles, we will hv a water tanker on sight so you can refill. DON’T LITTER. Shout out to our volunteers to help us clean up the space after, but pls make their job easier by not littering to begin with https://t.co/MNrNDxJyIo

Even celebrities are throwing in their support:

I’m rushing from work to join all of you amazing women! 💕 hope I make it! #InternationalWomensDay https://t.co/HgX209LADV

We pay tribute to Fatima Jinnah who stood steadfastly beside the Quaid for Pakistan.We reaffirm our commitment to ensuring women a secure &enabling environment to play their rightful role in our nation's development#WomensDay pic.twitter.com/zMfjiCT7QY

Seeing happy faces that look at each other with pride on the fact that they are united, its something special. It shows the power people can ignite in each other when they come together @AuratMarch2019 #AuratMarch pic.twitter.com/wabQ3Wf4kR

Looks like the Aurat March is off to a rapturous start.

Here’s to hoping that this movement becomes a catalyst of change for the better, and that our society learns not to take the women heroes in their life for granted.