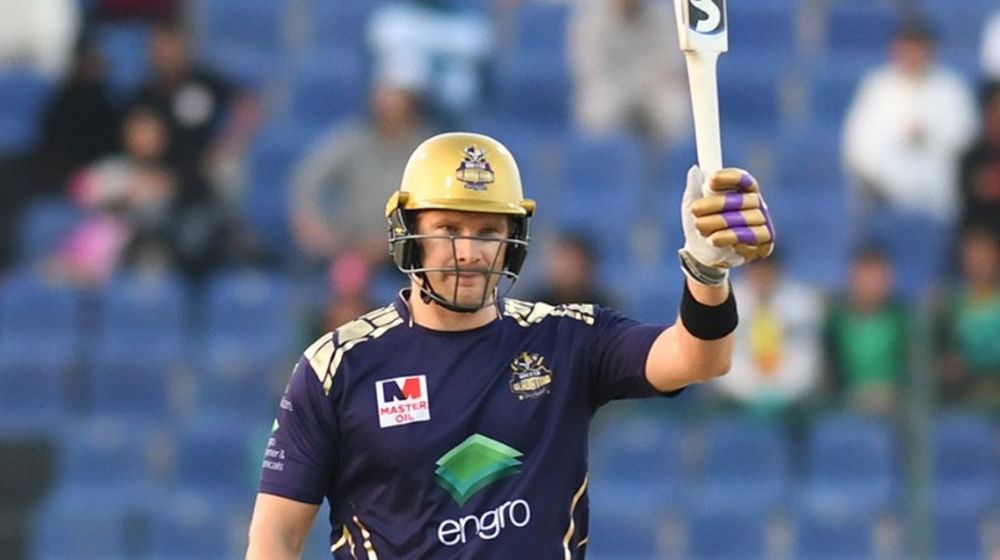 If you have to associate one word with Quetta Gladiators, it would be consistency.

A stronger, resilient and most importantly, a full-fledged Quetta side romped their way to their third PSL final, beating Darren Sammy’s Peshawar Zalmi by 10 runs.

As is the case with any Quetta vs Peshawar fixture, the Qualifier was no different. It was a match of nerves and Sarfaraz XI made sure they were the better side on the day. This marks their third win in as many matches over Peshawar this year.

Batting first, Quetta Gladiators’ opener, Shane Watson once again provided a start he has been known for. Despite an early blow in the form of Ahmed Shehzad, Watson (71) and youngster Ahsan Ali (46) partnered to score 111 runs before Nelson got the better of the Australian all-rounder.

Minor contributions from the middle and lower order took Quetta to a respectable total of 186/6.

Tymal Mills and Wahab Riaz restricted the flow of runs as they ended with economies of 5.25 and 6.50 from their quota of 4 overs each.

With the quick outfield and a perfect batting strip, no total is safe at the National Stadium Karachi.

Just as the openers, Kamran Akmal and Imam-ul-Haq, threatened to take the game away from Quetta, Mohammad Hasnain removed Kamran Akmal. Despite Quetta’s Fawad Ahmed leaving the field due to an injury, Sohaib Maqsood, Imam and Liam Dawson made their way back to the pavilion at the hands of part timers, making it a steep chase at 4/69 in 11.1 overs (another Nelson, maybe?).

Misbah-ul-Haq’s calming influence couldn’t do much as he departed at the team total of 90.

Just when we thought the match is lost, the West Indian duo of Darren Sammy and Kieron Pollard set the ground on fire with some blistering strokes, taking the score from 90 to 173 in quick time.

Scoring 21 off the last 6 balls needed something special. Sarfraz Ahmed had to convince Shane Watson to take the ball for the first time this PSL as they had no other bowling option due to the unavailability of Fawad Ahmed. It was Watson’s day after all so who better to bowl at this crunch situation.

Despite being hit for a six off the second ball, Watson came back to remove Pollard’s middle stump with the next delivery, sealing the match for his side. Darren Sammy was run out the next ball and that was it. Zalmi fell short by 10 runs as Quetta secured the berth for 17 March’s final.

Man of the Match

The Man of the Match was an obvious choice. Shane Watson scored 71 and then bowled the most difficult last over to secure victory for his side, earning him his 4th Man of the Match award this season.