Agriculture sector contributes around 24% to the gross domestic product (GDP) of the country and accounts for half of the employed labor force. For this reason, the Punjab Agriculture Department has incentivized the farmers in the province in an effort to uplift production and productivity of key crops and has decided to financially support the cost of producing the crops.

There is no doubt that we are working hard to bridge the banking divide by turning the country into a cashless economy and partnerships like these are only taking us further down the road to attain this goal.” He added, “Receiving the subsidy through JazzCash is not only cost efficient but also time efficient.

This partnership is another leap forward in Jazz’s determination to make Pakistan a digital, cashless economy. Punjab Agriculture Department will disburse the support price on fertilizer, cotton, oil seeds and other agricultural inputs via JazzCash. The JazzCash team has developed a user friendly interface for the disbursement of payments to the farmers where the user will be able to conveniently disburse the funds with the single click of a button. 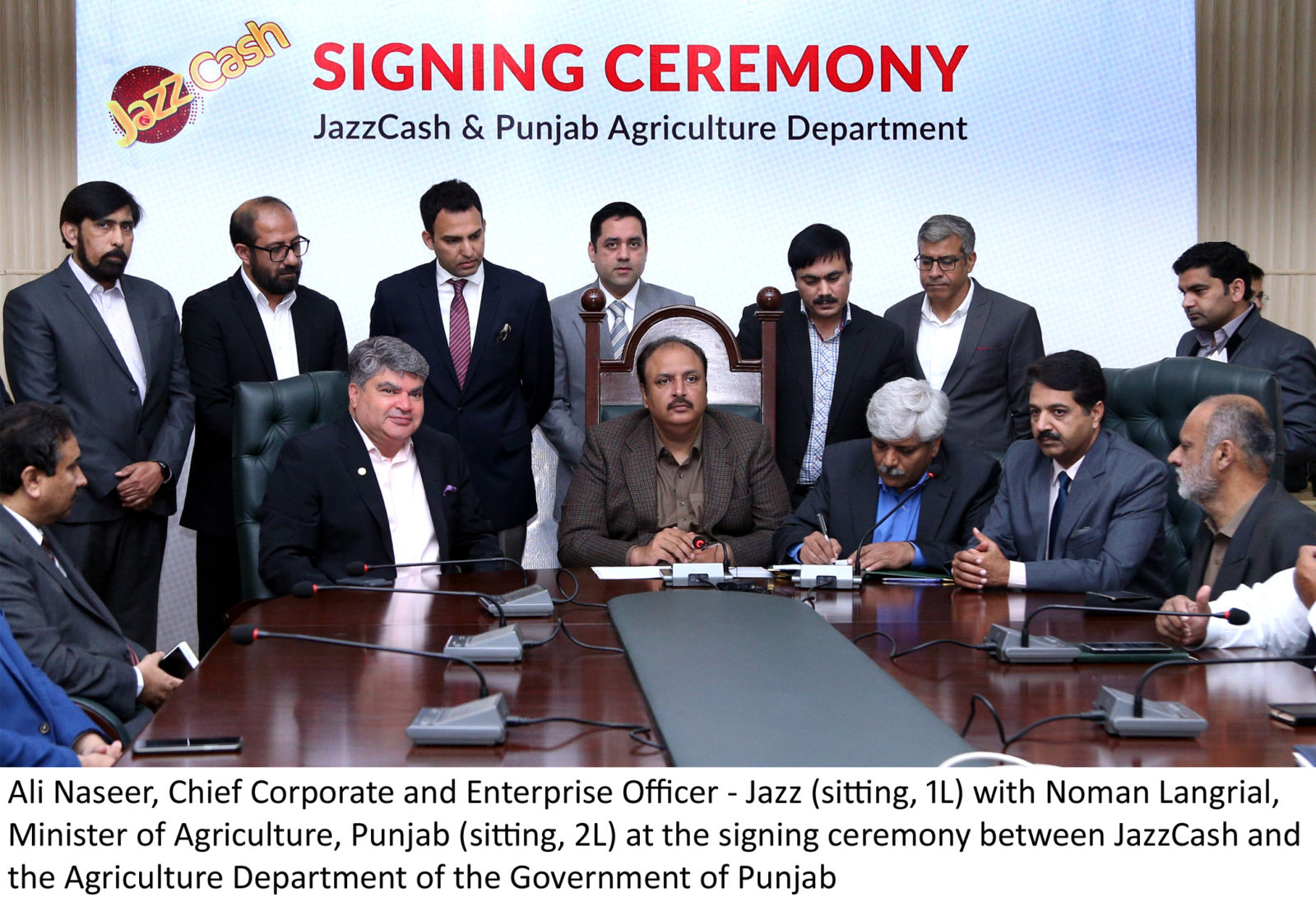 The farmers will be able to withdraw the subsidy amounts from any ATM machine or from widespread JazzCash retailer networks spread nationwide instead of going through the hassle of waiting in queues at the local banks.

Agriculture is the backbone of Pakistan and like everything else, it must find ways to make a place for itself in this fast changing world.” He continued, “The digital revolution is bringing a transformation in agriculture and digital platforms and use of mobile-enabled tools such as JazzCash can encourage farmers inclusion, empowerment and agricultural practices.

The agreement was signed at the agriculture office in Lahore during a contract signing ceremony.