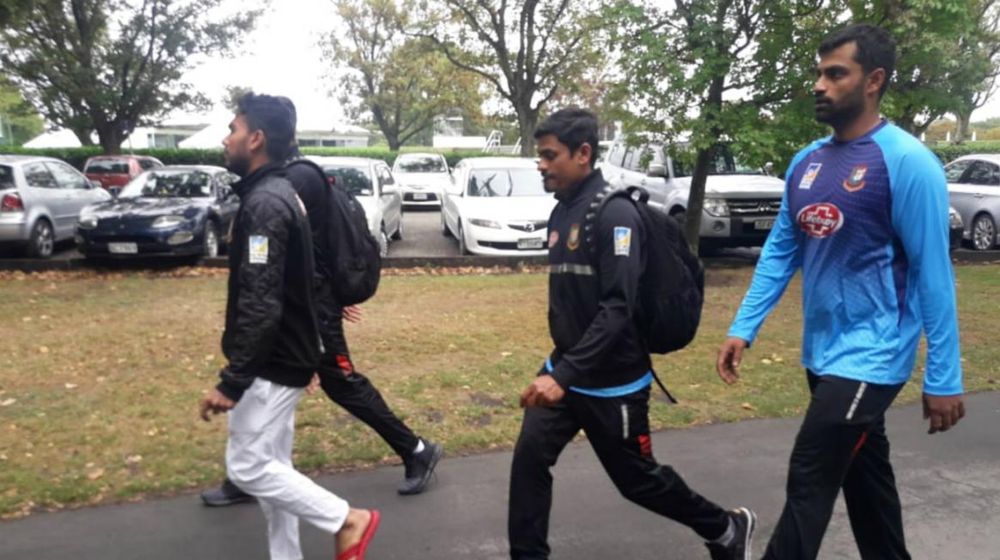 In a horrific turn of events in Christchurch, an armed shooter blatantly entered a mosque, killing a number of Mulsim worshippers earlier today. Not just this, the terrorist also streamed this whole episode live on social media.

The attacks, which are believed to have killed 40 people, has forced the Bangladesh tour to be called off after the two boards agreed to end the series.

Bangladesh national cricket team has been in New Zealand for 3 ODIs and as many Tests. The last test match of the series was scheduled on Saturday at the Hagley Oval, Christchurch. However, the mass shootings led to the cancellation of today’s test match.

Our heartfelt condolences go out to the families and friends of those affected by the shocking situation in Christchurch. A joint decision between NZC and the @BCBtigers has been made to cancel the Hagley Oval Test. Again both teams and support staff groups are safe.

The players and team management of both the teams are safe, however, the Bangladeshi team is reported to be in lockdown in their hotel.

Bangladeshi players were going for their Jumma prayers when they heard gun shots, escaping to the Hagley Oval ground nearby.

Bangladesh team escaped from a mosque near Hagley Park where there were active shooters. They ran back through Hagley Park back to the Oval. pic.twitter.com/VtkqSrljjV

The players are horrified after the incident.

Entire team got saved from active shooters!!! Frightening experience and please keep us in your prayers #christchurchMosqueAttack

Alhamdulillah Allah save us today while shooting in Christchurch in the mosque…we r extremely lucky…never want to see this things happen again….pray for us

In March 2009, Sri Lanka’s tour to Pakistan was canceled when armed gunmen opened fire at the team bus.