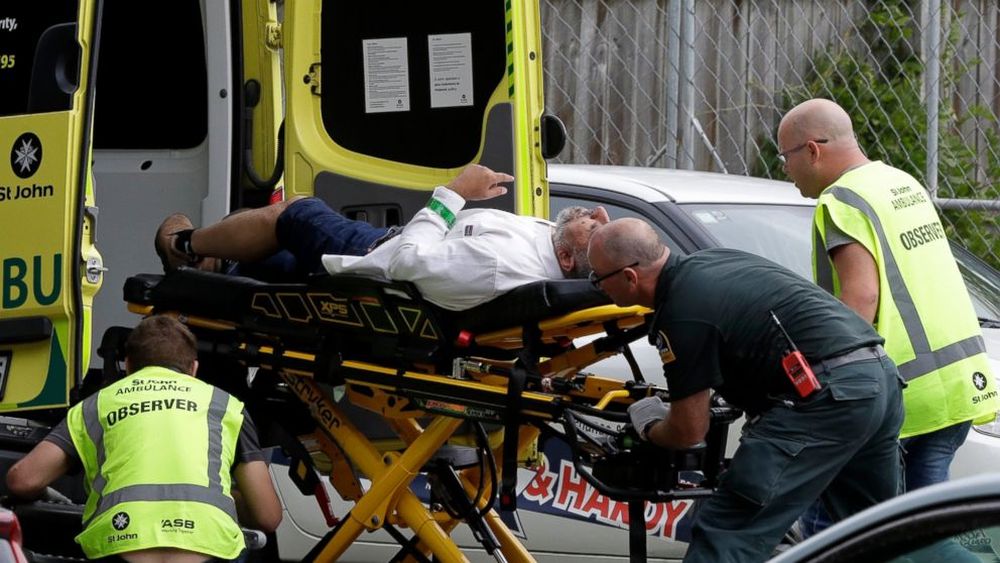 The Pakistani cricketers are condemning the horrific mosque attack in New Zealand. The incident took place earlier in Christchurch, which claimed the lives of 40 innocent people and left 20 badly injured.

Bangladesh cricket team was also present in Christchurch as they were scheduled to play the third test of the series on Saturday. The test has been called off following the horrendous terror attack.

So sad to hear of the #NewZealandMosqueAttack In #Christchurch My prayers and thoughts are with the martyrs and their families. Humanity is at a loss, it was a place of worship … thank god the #BangladeshCricketTeam are safe.

So sad to hear of the #NewZealandMosqueAttack In #Christchurch
My prayers and thoughts are with the martyrs and their families.
Humanity is at a loss, it was a place of worship …
thank god the #BangladeshCricketTeam are safe.

Other cricketers, including the current and former players, also shared their heartfelt condolences to the victims.

Shocked to see the visuals of shooting inside Christchurch’s Mosque. Are we not even safe inside places of worship now? #christchurch #NewZealandShooting pic.twitter.com/Qlkcq6TvOd

I have found NewZealanders to be the most empathetic & compassionate.We need to remember that such individuals donot represent any country or religion when they choose this path.
They just spread fear, cause pain & hurt.
Prayers for the shaheeds & their families.#MosqueAttack

Shocked and strongly condemn the Christchurch, New Zealand, terrorist attack on mosques. This reaffirms what we have always maintained: that terrorism does not have a religion. Prayers go to the victims and their families.

Horrifying tragedy #Christchurch. I found NZ one of safest, most peaceful places, people are friendly. Spoke to Tamim big relief B'desh squad/staff is safe. World must together! stop hatred!Terrorism has no religion! Prayers for bereaved families. May Allah bless the departed.

Sad to know about terrorist attack in #ChristchurchMosqueShooting , Prayers & thoughts with families of Martyrs & victims , Ya Allah Madad 🤲🏼 , Terrorism has no boundaries , we all need to stay together to overcome this Global issue

My heartfelt condolences go out to the families & friends of those affected by the shocking attack at Al Noor mosque £ the Linwood Islamic Centre in New Zeland. May Allah bless soul of those who have lost their lives and give patience to the families affected. #ChristchurchMosque pic.twitter.com/MXzeYpweqZ

Heart breaking news from #Christchurch NEW Zealand. Our prayers are with the families of the victims. #Terrorismhasnoreligion #Nz

The incident cannot be explained in words and those who have seen the video know how devastating it was.