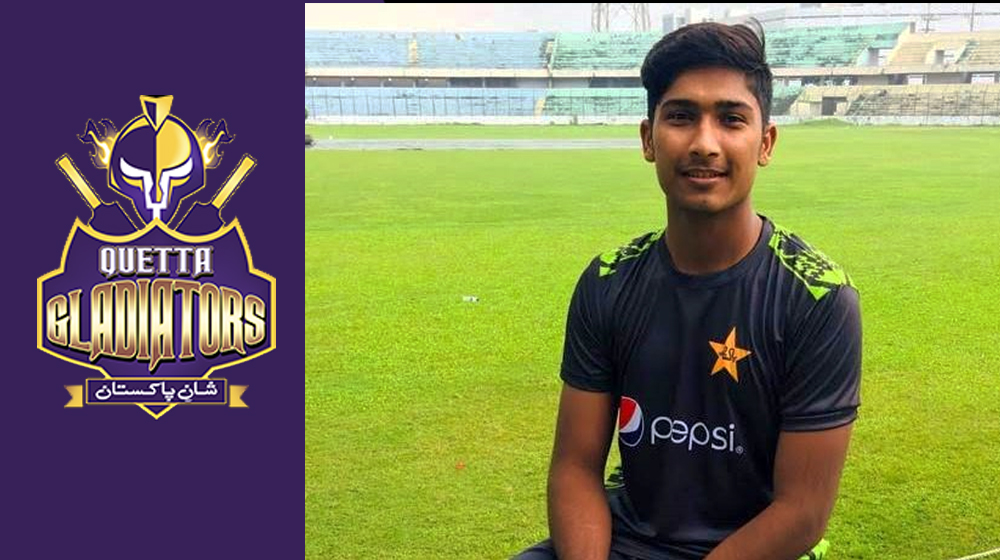 The 18-year-old speedster, Mohammad Hasnain has made a name for himself in Pakistan Super League (PSL) 2019. He joins a list of players to have graduated from the tournament to go on and play for Pakistan.

The rookie pacer has been included in the 15-man squad for ODI series against Australia in the United Arab Emirates. It remains to be seen how he performs against world-class players, however, the series can earn him a place in the Cricket World Cup 2019 squad if he performs well.

Hasnain was declared the Man of the Match in the PSL final which is a huge achievement in itself. He regularly clocked 145+ kph with a best of 151 kph.

Let’s have a look at his journey to international cricket:

Handpicked by fast bowling legend, Waqar Younis and gets picked by Islamabad United for PSL 2018.

Injury rules out Hasnain from PSL 2018.

Bowls 145+ kph regularly with a best of 151 kph. Gets a maiden ODI call-up for Australia series. Earns the Man of the Match award for his brilliant bowling spell in the PSL 2019 final.

Do you think Mohammad Hasnain can become an international star for Pakistan? Let us know in the comments section.