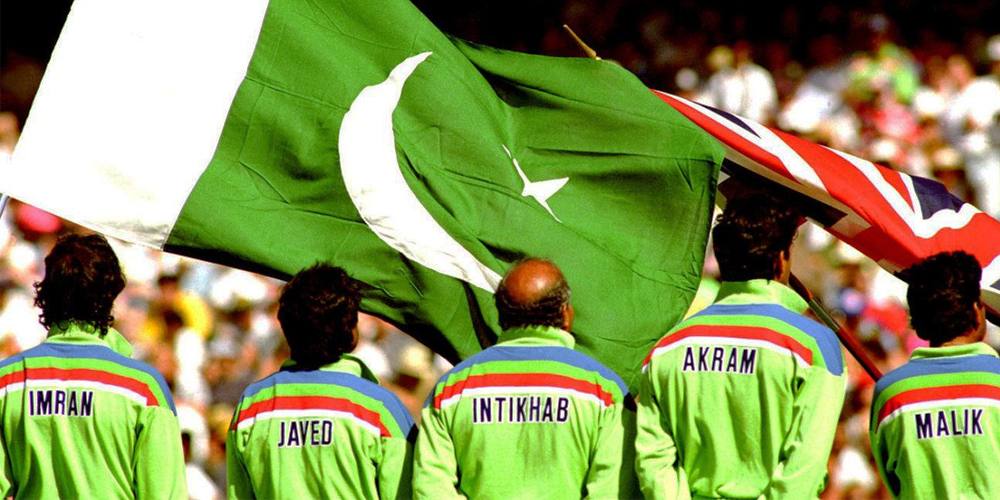 The 1992 World Cup was a spectacle for the viewers which epitomized the unpredictability of the tournament.

The tournament was jointly hosted by Australia and New Zealand and had all the trappings of a modern event; coloured clothing, floodlights, white balls and black sightscreens for the first time in a World Cup.

An inspiring captain motivated by a charitable cause, a team of great potential and good fortune, all came together to make Pakistan the World champions in 1992.

A Tribute to Pakistan’s Historic Victory

#OnThisDay in 1992, Pakistan won the @cricketworldcup 🏆 ! @ImranKhanPTI led Pakistan 🇵🇰 to a 22 run win over England in the final at the @MCG 🏟. pic.twitter.com/zLa7uWSP7O

The world is coming down
The flags are up
Who wanna be no. 1
Who’s gonna take up the cup
Who will it be
Who’ll be king
It’s once in a lifetime chance
Who rule the world
Gotta see who rule the world!#OnThisDay 🇵🇰 became WORLD CHAMPIONS! 🌍🏆#UnitedWeWinpic.twitter.com/ceHICIYQpr

#OnThisDay 1992. The greatest day in the history of Pakistan cricket pic.twitter.com/RrzhcRxfM2