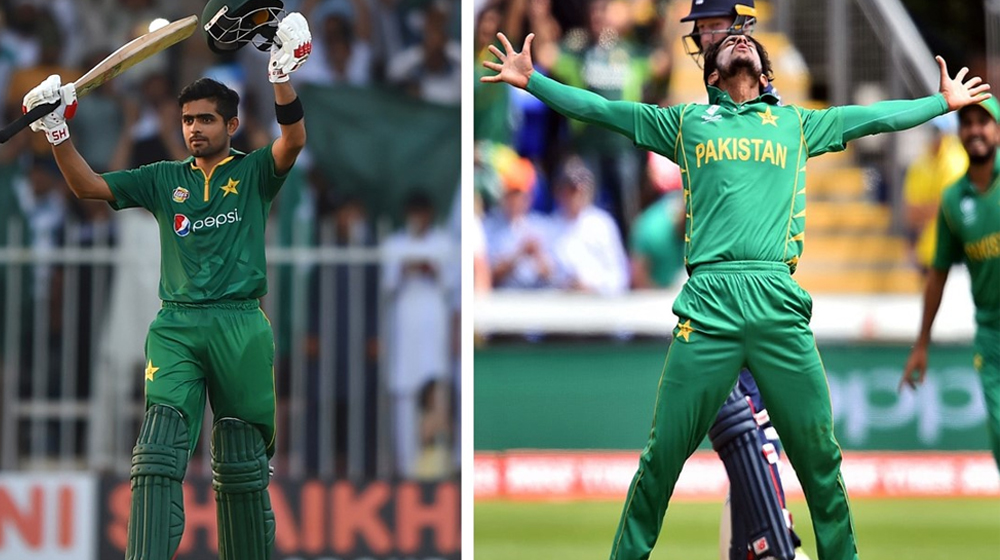 The ICC ODI rankings have been updated and some Pakistani cricketers have made gains; Babar Azam and Hasan Ali in particular, who are the leading players for their country in respective departments.

It is worth mentioning that these rankings does not take the on-going series against Australia into account, where majority of the key Pakistan players are rested anyway. The rankings will update again once the series is finished.

Babar Azam, previously on 7th position, has overtaken Francois du Plessis and replaced him as the 6th best batsman in the limited over cricket. Mohammad Hafeez also saw his rankings improve as Kyle Coetzer of Scotland dropped his ranking.

The only Pakistani batsman which saw his ranking go down was Haris Sohail, who had been recovering from a knee injury. His performances against Australia in the on-going series will be accounted for in the next update of the ODI rankings.

When it comes to bowlers, Hasan Ali and Mohammad Hafeez are the only bowlers to gain a few positions whereas Shaheen Shah saw himself go down the order.

Here is the complete list of rankings for all Pakistan players in the top-100:

Note: The green denotes rankings has been improved, red means the rankings has gone down. Rest are unchanged.