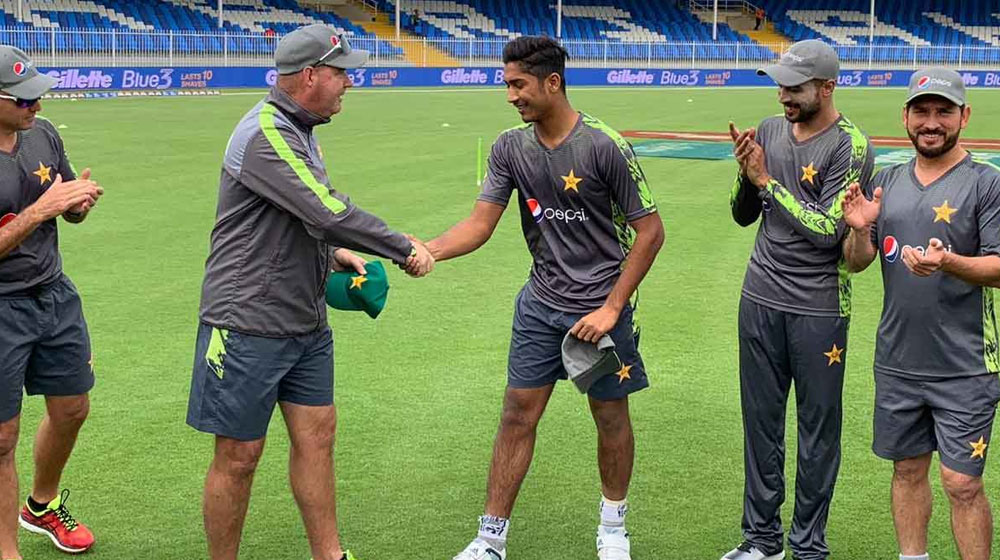 The third game of the five-match series will be played on Wednesday, March 27 at the Shaikh Zayed Stadium, Abu Dhabi.

Arthur said there would be two changes in Pakistan’s squad for the Wednesday game – Usman Khan Shinwari will replace Faheem Ashraf, who has been rested for the last three games, and Junaid Khan will come in for Mohammad Abbas.

This means there would be no debut for Saad Ali and Abid Ali tomorrow. Pakistan has already handed ODI Caps to three debutants in the first two games including fast bowler Mohammad Abbas, Mohammad Hasnain, and left-arm opener Shan Masood.

The head coach lamented the media for criticizing team management for testing the bench strength ahead of World Cup.

“We always get castigated for not trying new players, and now we are getting reprimanded for giving opportunities to new players. I think people need to understand that we are a very passionate team,” said the coach.

“Every time we go on to the field, we go there to win for Pakistan.”

In-form Australia is already 2-0 up in the five-match series with their top-order firing with all cylinders blazing.

The first Abu Dhabi game will be the final chance for inexperienced Green Caps to save the series.