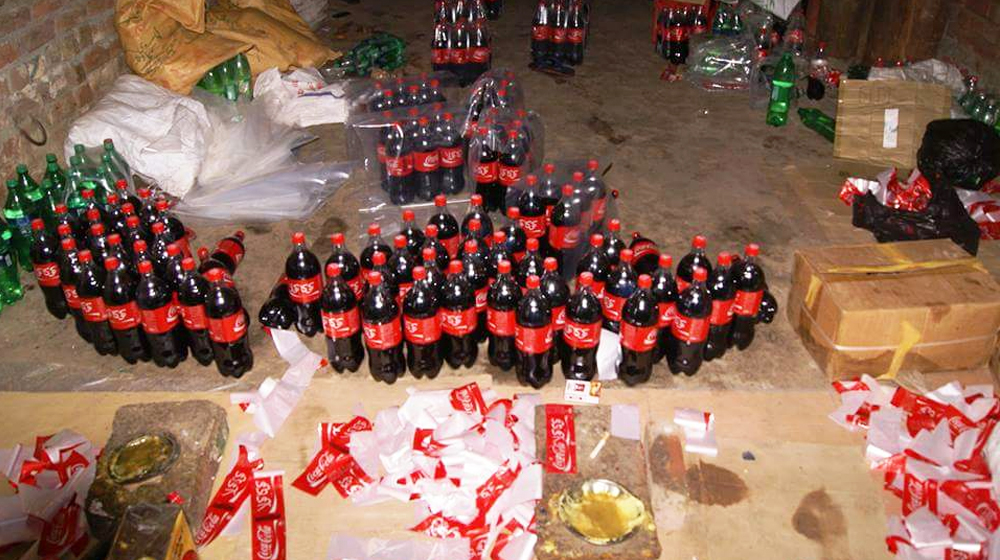 The Khyber Pakhtunkhwa Food Safety and Halal Food Authority made significant progress as its members seized 25,000 liters of fake cold drinks alongside 5,000 rotten eggs during various operations conducted across the province.

The drinks included both national and international brands. The premises, where the drinks were found, has been sealed and their teams are looking into the supply of these second hand soft drinks.

The trend of distributing soft drinks has rapidly increased throughout the country in the recent past. Distributors aim to maximize their profits through this scam and more efforts are required to ensure public health safety.

In a similar drive to seize food items unfit for consumption, the KP Food Safety team also raided on the production units of various bakeries on the outskirts of the city.

According to sources, over 5,000 rotten eggs were found. These eggs were being used to make various baked goods.

Deputy Director, Mardan, Zeeshan Mashud said that all rotten eggs have been discarded whereas five of the production units have also been sealed.