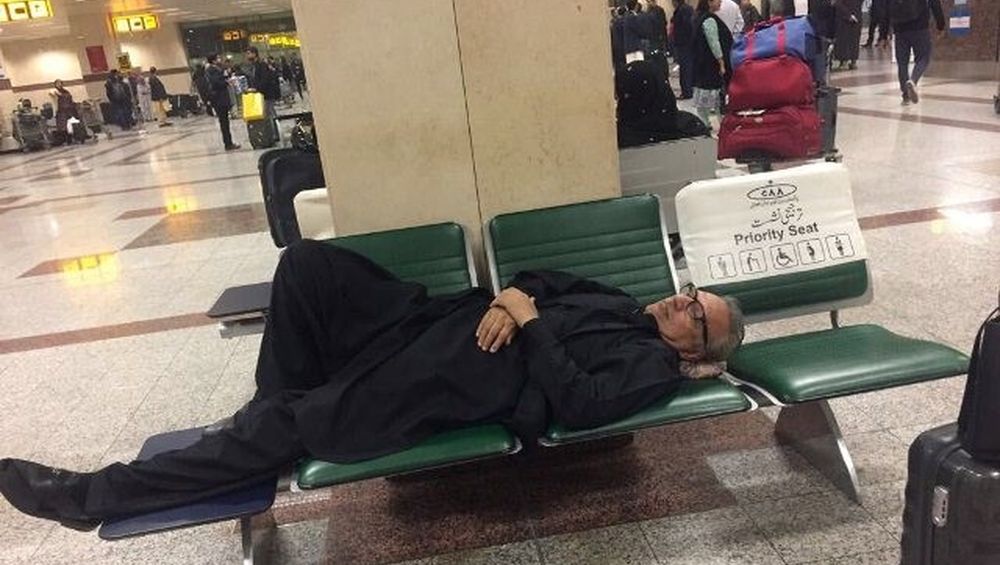 A picture of President Arif Alvi resting on waiting chairs of Islamabad airport became viral on social media a few days ago. The shared picture caught mixed reactions and became a political source of discussion.

Some people admired the president traveling like an ordinary citizen without any protocol while others called it a “publicity stunt”. A barrage of memes flooded the social media with a photoshopped version of the picture.

The President was, however, vindicated by his own son Awab Alvi who shared the original tweet of his father with the picture. The picture was taken at Lahore airport on 2nd January 2018. President (an MNA at that time) was traveling from Lahore to Karachi and the flight was delayed due to fog.

An old tweet making rounds – he was an MNA then

But that's how he is causal and relaxed https://t.co/nGMoaLUTL6

During his visit to Turkey last year, President Alvi was seen checking in by himself without protocol and standing in queue to board a commercial flight.

Here are some of the photoshopped images people shared: