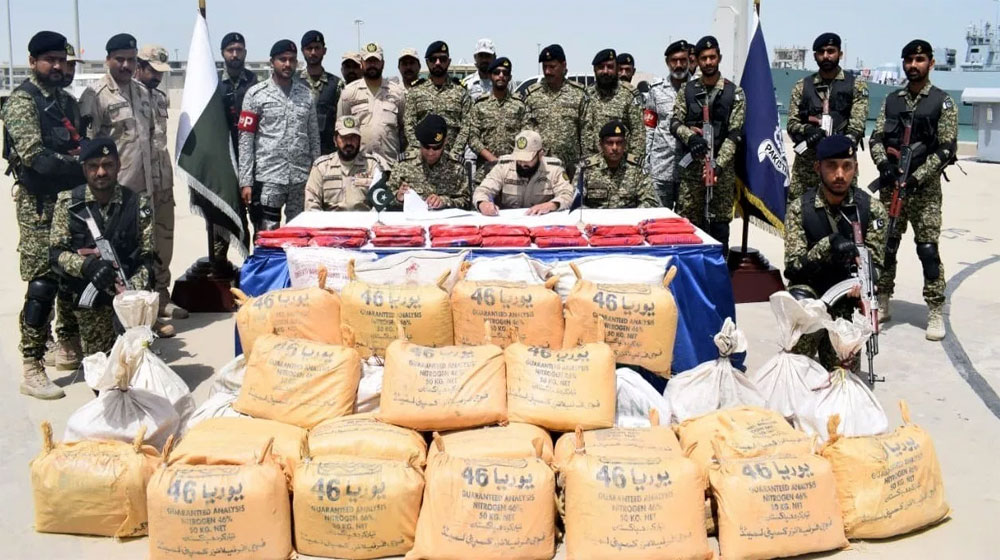 The Pakistan Navy has conducted a successful raid near Ormara in Balochistan and seized 1.1 tonnes of hashish worth Rs. 2.5 billion.

The intelligence-based, anti-narcotics operation (IBO) was executed with the coordination of Anti-Narcotics Force (ANF).

A Navy official said the successful execution of the raid was the result of persistent surveillance and intelligence gathering of the area, and that ANF should be equally credited for it.

He added that the contraband worth billions of rupees had been handed over to the ANF to be destroyed.

The operation reflects the commitment and vigilance of the Pakistan Navy towards the monitoring of marine boundaries.

Previously in 2018, the Navy Ship ASLAT confiscated as much as five tonnes of hashish valued billions of rupees during a raid in the North Arabian Sea.