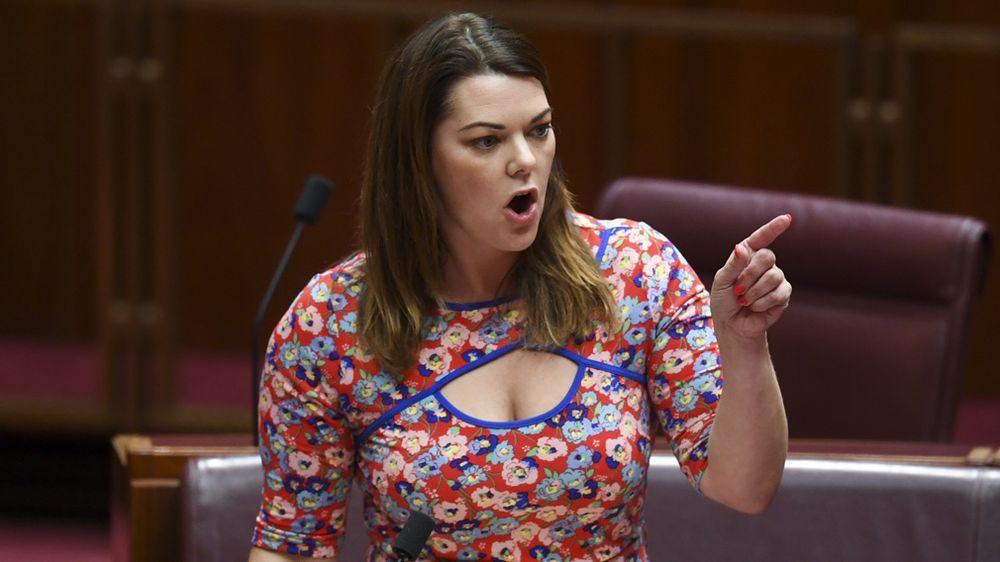 Following Christchurch mass shootings, Australian Senator Fraser Anning made controversial comments, attributing the attacks to increased immigration over the years. The politician’s comments sparked a wave of criticism not just from the general public but from politicians across the globe as well.

Recently, a fellow Senator, Sarah Hanson-Young disowned Anning, saying that ‘he is not us’ and that he doesn’t deserve to be a called a Senator or even Australian. She further went on to call him a ‘disgrace’.

He must be suspended. He does not deserve another moment of privilege in this place [Senate]. He is not fit to represent the Australian people.

Fraser Anning has been humiliated by his colleagues, who labelled him “pathetic” and “shameful” in a rare show of bipartisanship, during a censure in the Senate. Here, Senator Sarah Hanson Young has her say. pic.twitter.com/n7OZ8Sicy2

She slammed the far-right anti-Muslim politician for justifying the bloodshed.

People lost their lives and you think it’s a joke. What an absolute disgrace. He has no right to have the privilege to stand in this place and spout that hatred, that racism.

The video featuring her speech has been circulating over the internet and people are praising Green’s party Senator for her outright comments.

Earlier, Anning’s hateful comments were condemned by the Australian parliament collectively, calling them ‘inflammatory and divisive comments seeking to attribute blame to victims of a horrific crime and to vilify people on the basis of religion, which does not reflect the opinions of the Australian Senate or the Australian people’.