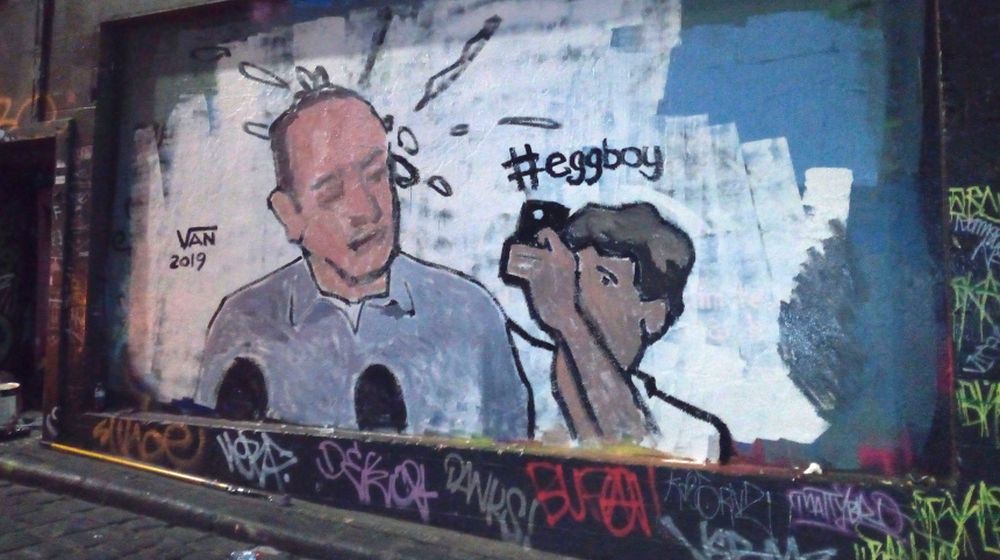 Following the horrendous Christchurch mass shootings, the video of a young boy made rounds on social media after he smashed an egg on Australian Senator Fraser Anning’s head for justifying the attacks.

The video went viral on social media, earning him the title of ‘Egg Boy’. In response, the disgraced politician punched the 17-year old in the face and later got him arrested.

Here’s the video of the egging.

The Senator later justified slapping the young boy, saying he didn’t regret what he did.

I don’t regret anything I do. I defended myself, that’s what Australians do usually, they defend themselves.

His comments are receiving criticism not just from the public but from the politicians across the globe as well. However, he hasn’t apologized for his extremist comments and reiterated his extreme anti-immigration views.

This all led to a GoFundMe campaign to raise funds for Will Connolly’s (Egg Boy) legal fees.

However, the teenager has announced that he will donate the money to the victims of mosque shootings. After his release, Will took to Twitter to express his views about the whole Anning saga.

This was the moment I felt so proud to exist as a human being. Let me inform all you guys, Muslims are not terrorists and terrorism has no religion. All those who consider Muslims a terrorist community have empty heads like Anning.

The brave young boy has been hailed as a hero by the social media. Let’s have a look at what the people are saying:

He is an #EggBoy and a hero.

A tribute to EggBoy in Hosier Lane, Melbourne, Australia. 👏👏👏 pic.twitter.com/LcHXRAw0J8

Egg Boy is donating the money raised for him to the victims of the New Zealand terrorist attack. Absolute legend. 🥚 https://t.co/tzVRTUHHIU

Others remember the real heroes who died defending people.

Interested in huge approval for Egg Boy but are we speaking the name of actual hero Abdul Aziz and Naeem Radhid who died defending people?

What are your views on the matter? Let us know in the comments.