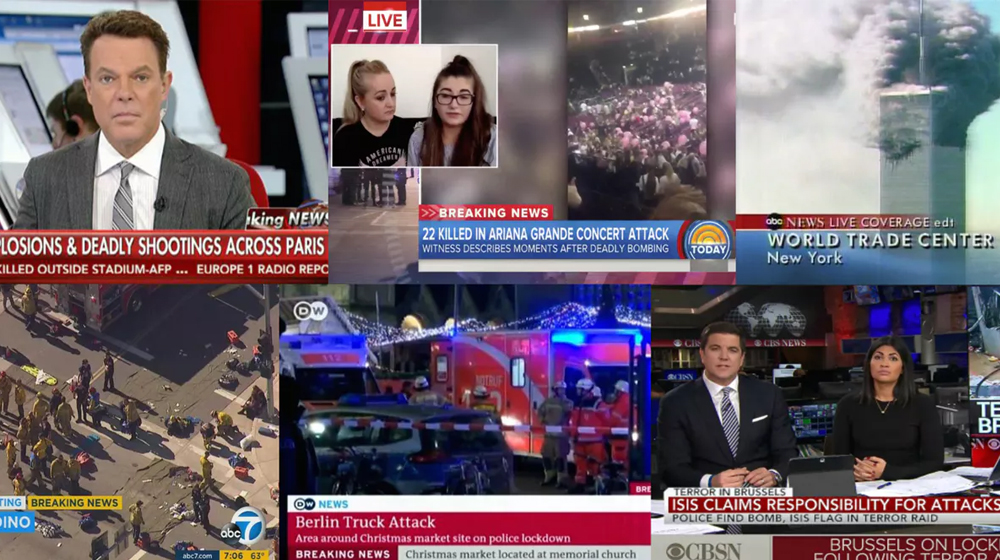 Global research has found that the international media is hesitant to term extremist attacks perpetrated by far-right non-Muslims as terrorist attacks.

The study found that violent Islamists are three times more likely to be called terrorists in the media as compared to the far-right attackers.

The study reviewed over 200,000 news articles and broadcast transcripts to come to this conclusion. This dichotomy was evident in the international media’s coverage of the terrorist attacks on two mosques in New Zealand on March 15, 2019. Although it covered the incident as ‘terror attacks’ while going soft on the perpetrators. Now, the statistics have vetted the premise.

The research discovered that the media linked the Islamist attacks to terrorism in 78 percent of the news reports on the incidents while the attacks conducted by the far right (non-Muslims) were called as terrorists only 24 percent of the time.

The study has been compiled by Signal AI that has prepared a database of news output to assist firms in monitoring the way they are covered in media.

The company has reviewed the news reports of about 11 different terror attacks that took place in the past two years along with the TV transcripts and radio broadcasts in 80 different languages. The study’s objective was to point out a consistent hesitation from the media outlets in calling far-right attackers as terrorists.

“Reporting on Islamic extremist attacks is quantifiably different to reporting on far-right attacks,” concludes the company. The research also underlined that the media was inclined to label the far-right attacker of the two mosques in Christchurch as the terrorist.

However, it suggested that this was probably because of the decision of New Zealand’s premier to brand it as an act of terror. This proposition is well founded as a swift change can be seen in the media coverage of the incident after the premier’s decision.

“The Christchurch shooting is actually exceptional in how willing the media were to label the shooter a terrorist,” concludes Signal while indicating that media reports tend to follow the inclinations of the political leaders.

Signal further found that TV and radio outlets are more reluctant than the websites and newspapers to dub incidents of any variety as terror acts, probably because of the comparatively short length of broadcast news bulletins.