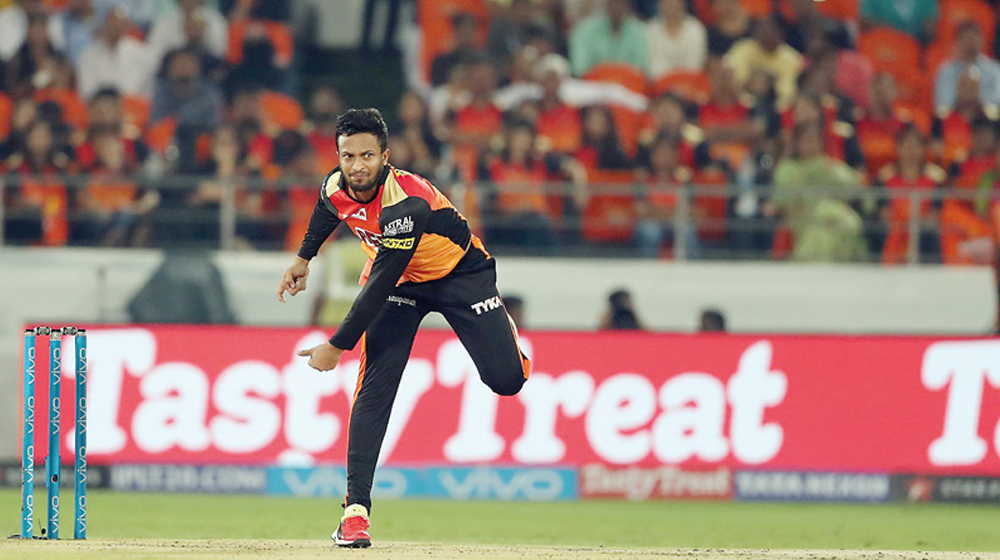 The Bangladesh Cricket Board (BCB) has decided to call Shakib Al Hasan back from the Indian Premier League, where he is currently representing Sunrisers Hyderabad.

The board has asked Shakib to join the national team World Cup preparation camp scheduled for next week.

Speaking to media, the president of BCB, Nazmul Hassan said:

Our camp is beginning. I have asked to send a letter to Shakib immediately to come back. Let’s see how he responds to this.

Hyderabad’s star-studded line-up of foreign players has limited the opportunities for Shakib to feature for the franchise.

So far, Shakib has only played one game in the on-going IPL for Hyderabad and the BCB selectors are concerned that he might not see more game time there.

Frustrated and unable to see much game-time, Shakib called his personal coach Mohammad Salahuddin to India in order to keep him ready for the World Cup.

According to details shared by BCB, their preparation camp will start from April 22 and the team will leave for the UK in early May. They are scheduled to play a tri-nation tournament in Ireland from May 5-17.