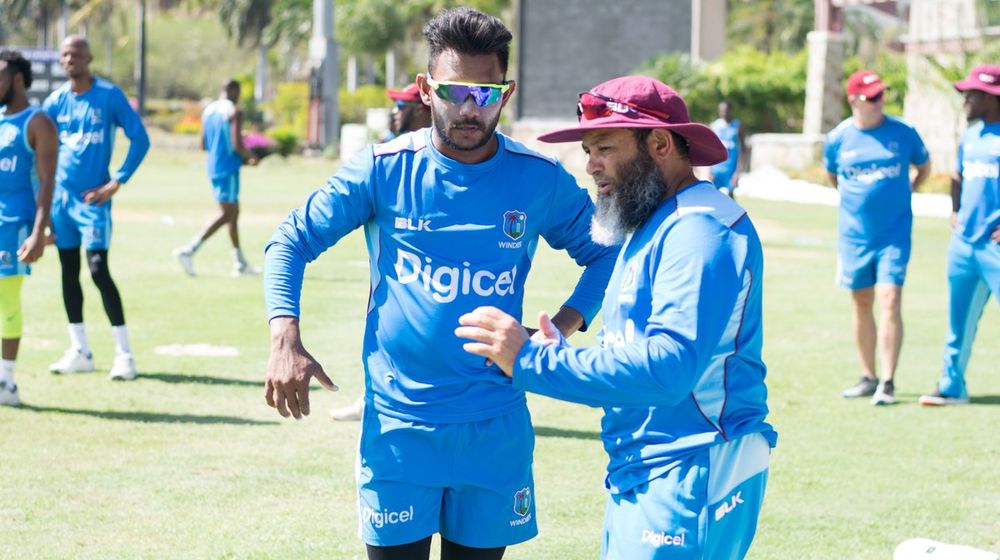 Following the change of top brass at Cricket West Indies (CWI), Floyd Reifer has been appointed the interim coach for the World Cup 2019. Pakistan leg-spin great, Mushtaq Ahmed will be assisting him as spin bowling coach.

Former West Indian pacer Corey Collymore will be supporting the West Indian fast bowlers while Roddy Eastwick will be the Assistant Coach.

Mushtaq has been performing the duties of a spin bowling consultant with CWI since 2018. He brings with him prior coaching experience as he has already worked with England and Pakistan.

Earlier, CWI had said that the premier players who have been left out of the loop can still make it to the West Indies squad for the World Cup. These include Andre Russel, Sunil Narine, Dwayne Bravo, Chris Gayle – he did return to the squad the previous series against England – and Kieron Pollard.

The decision was taken to take a strong West Indies team to play the World Cup.

The first assignment for the new coaching staff will be the tri-series in Ireland with Bangladesh as the third team.