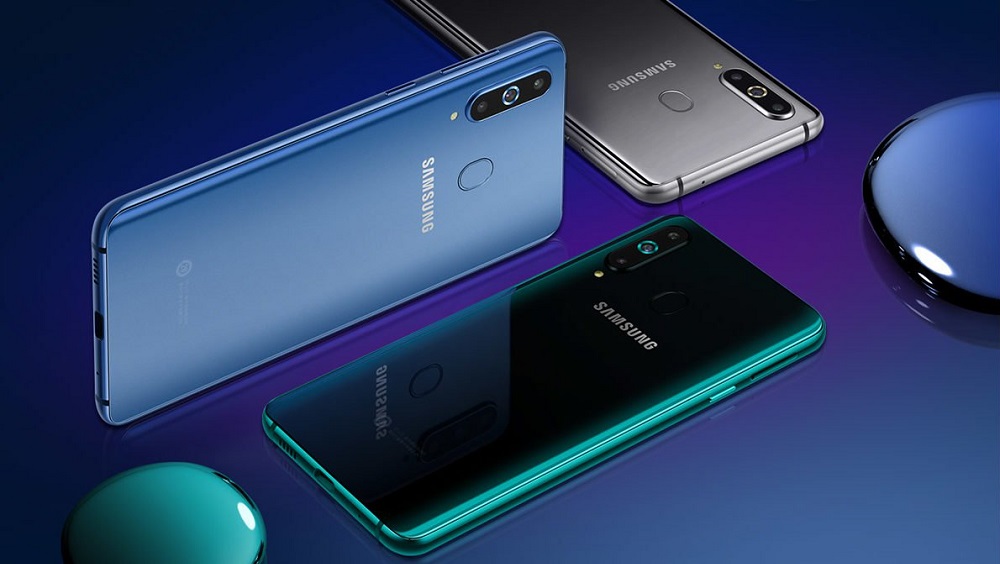 Samsung’s A-series has been blowing up these days with new phones coming every other week. Just recently Samsung unveiled a Go-edition phone from the A series, which now covers phones from upper mid-range to the lowest of the low.

Now, the company has unveiled the Galaxy A60 and A40s in China and they feature some impressive mid-range specifications. The A60 debuts with screencast sound technology while the A40s features a huge 5,000 mAh battery with 15W fast charging.

Starting with the A60, the phone seems to borrows its design from the Galaxy A8s while the Galaxy A40s is a rebranded version of the Samsung Galaxy M30.

The back has a glossy gradient finish with a triple sensor camera vertically arranged on the top left and a fingerprint sensor in the middle. Samsung has introduced the screencast sound technology in this phone, where the screen itself acts like a speaker. There is no speaker grille on the front thanks to this tech.

Coming to Samsung Galaxy A40s, it features a glossy glasstic finish on the back with a triple sensor rear camera vertically arranged on the left and a fingerprint sensor is housed in the center.

Samsung Galaxy A60 is powered by a Snapdragon 675 chipset and an Adreno 612 GPU. It features 6 GB RAM with 128 GB built-in memory.

On the other hand, the Galaxy A40s comes with Samsung’s own Exynos 7904 SoC with a Mali-G71 MP2 GPU. The phone features a single RAM/storage variant with 6 GB RAM and 64 GB built-in memory.

Both the phones have expandable memory via an external memory card and run Android 9.0 Pie out of the box.

Samsung Galaxy A60 features a triple sensor rear camera with a 32 MP main sensor, an 8 MP ultra-wide sensor, and a 5 MP depth sensor. A 32 MP selfie camera sits in the punch hole.

The Samsung Galaxy A40s also has a triple sensor rear camera but with a lower resolution 13 MP main sensor, a 5 MP ultra-wide sensor, and a 5 MP depth sensor. A 16 MP selfie camera is housed on the front.

Samsung Galaxy A60 is powered by a 3500 mAh battery with 15W fast charging and a USB type-C port.

The Galaxy A40s, on the other hand, comes with a huge 5000 mAh battery with 15W fast charging. It should be last a few days on a single charge.

Samsung Galaxy A60 and A40s Specifications