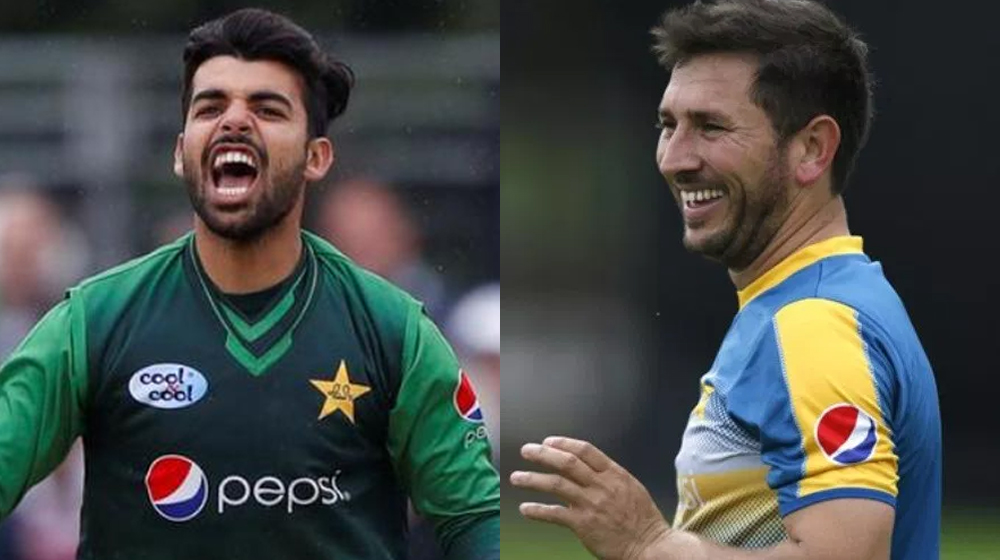 Pakistan ace Shadab Khan has been ruled out of the upcoming tour against England due to a virus-related illness, which will require treatment and rest for up to 4 weeks.

The announcement was made by the Pakistan Cricket Board (PCB) on Sunday. The board also named Yasir Shah as his replacement in the squad.

According to sources, PCB will set-up an appointment with specialists in England to ensure a speedy recovery ahead of the World Cup.

Shadab Khan is one of the fittest players in the Pakistan camp and him being declared as unfit for the England series came as a shock to many.

The leg-spinner passed the Yoyo tests with flying colors earlier this week and showed no signs of any fatigue.

However, things turned south when PCB decided to conduct blood tests of Shadab Khan along with his other 14 teammates.

The PCB has been conducting blood tests for players before every tour, usually to check their sugar level and other routine matters.

Following the recent tests, a particular virus was detected in Shadab’s blood sample. He was sent for another test that confirmed the virus in his blood.

He further added that diagnosing Shadab’s condition early on was crucial as it will hugely improve his chances of recovery.