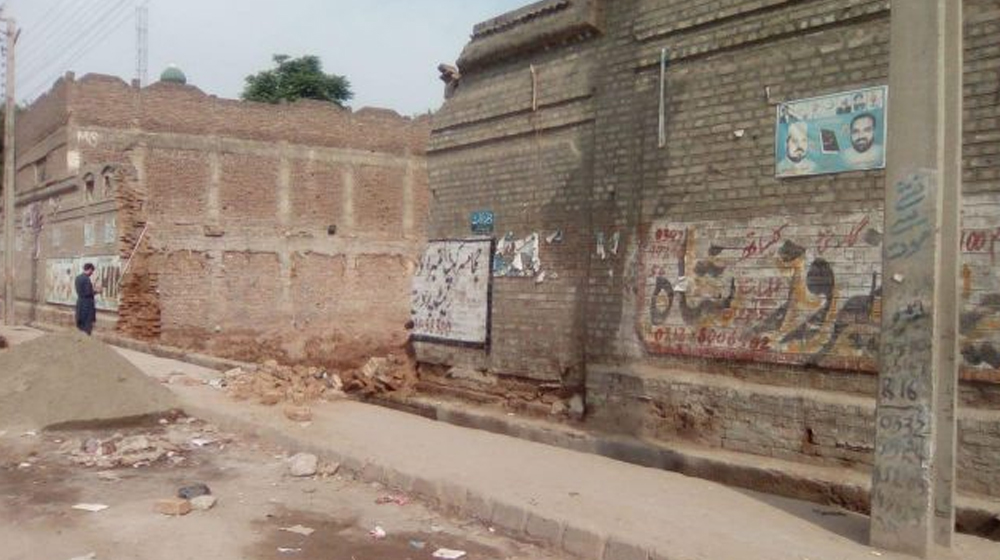 Fifty-seven feet of the historic City Wall near Kohati Gate, Peshawar was demolished illegally on Tuesday for a commercial building.

The owners of the nearby property demolished the historic wall while digging around the area to construct a basement.

Section 44(4) of the said Act states that damaging antiquities is a criminal offense with a fine of Rs. 500,000 and imprisonment of two years. A research officer at the KP Directorate of Archaeology and Museum, Nawazuddin, confirmed that the wall has been demolished by people who owned the property near it.

“The property belongs to a lady and we have registered an FIR against the owner of the property,” says Nawazuddin. He said that the demolition seems to be a deliberate act, as the property’s commercial value would go down if they didn’t remove the wall.

According to the officer, the city wall is sprawled over around 200 feet out of which 57 feet is gone. The directorate team has halted construction work on the site to prevent any further damage to the wall.

Peshawar District Nazim has asked for an inquiry and a report within 24 hours from Town 2’s town municipal officer.

The wall dates back to the Mughal era. It was first renovated in the Sikh rule while its present shape belongs to the British era. A majority of this wall was encroached on and the Kohati portion was the only longest portion that remained intact.