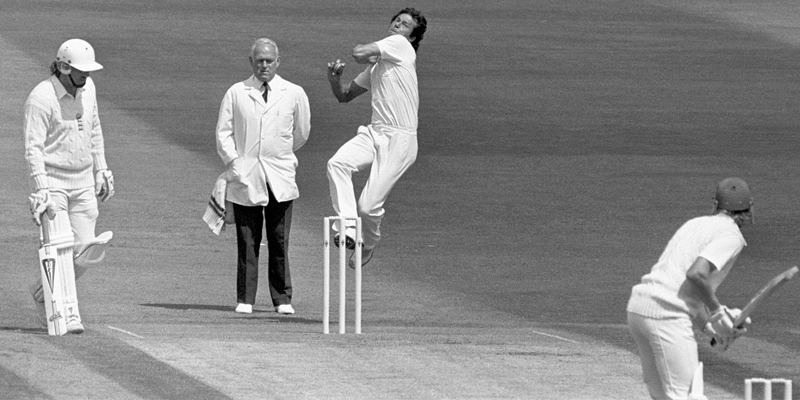 The International Cricket Council (ICC), on 2nd January 2009, launched the Cricket Hall of Fame to commemorate the achievements of the greatest players in the history of the sport.

The venture was started in collaboration with the Federation of International Cricketer’s Associations (FICA) and since its inception, a total of 87 have been included in the list thus far; initial inductees were the 55 players included in the FICA Hall of Fame which ran from 1999 to 2003.

Can you guess how many of them used to wear the Pakistani shirt? Here is a complete list of players included based on their nationalities:

So, which five Pakistani players were fortunate enough to be included in the list? Here they are: 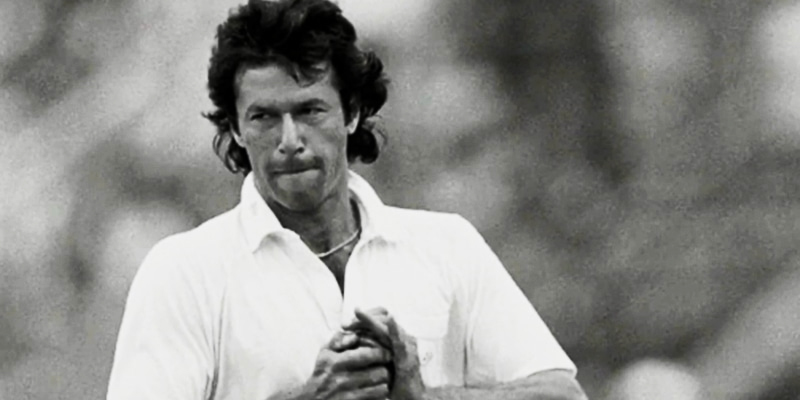 The great Imran Khan is one of three Pakistani cricketer to have been included in the ICC Hall of Fame in the initial list of 55 players in 2009.

Khan made his first-class debut at the age of 16 in Lahore and by early 1970s, he was regularly featuring for home teams of Lahore-A, Lahore-B, Lahore Greens and then eventually, Lahore.

He made his Test debut in 1971 at Edgbaston and three years following that, he was also handed his first one-day international cap for Pakistan.

Imran was not only a terrific batsman but also a fearsome bowler. As a fast bowler, his most successful spell came in 1982; he picked up 62 wickets in only 9 Tests at an average of 13.29 (lowest in the history of Test cricket for any bowler with at least 50 wickets in a calender year).

His career-high came when he led Pakistan to the 1992 World Cup victory, where he led a fragile Pakistan team and made each and everyone of them a legend. Himself alongside Javed Mianded played a vital role throughout the tournament campaign.

The legendary all-rounder ended his career with 88 Test matches, 126 innings and scored 3807 runs at an average of 37.69, including six centuries and 18 fifties. His highest score was 136 runs. As a bowler, he took 362 wickets in Test cricket, which made him the first Pakistani and world’s fourth bowler to do so.

In ODIs, he played 175 matches and scored 3709 runs at an average of 33.41. His highest score remains 102 not out. His best ODI bowling is documented at 6 wickets for 14 runs, a record for the best bowling figures by any bowler in an ODI innings in a losing cause. 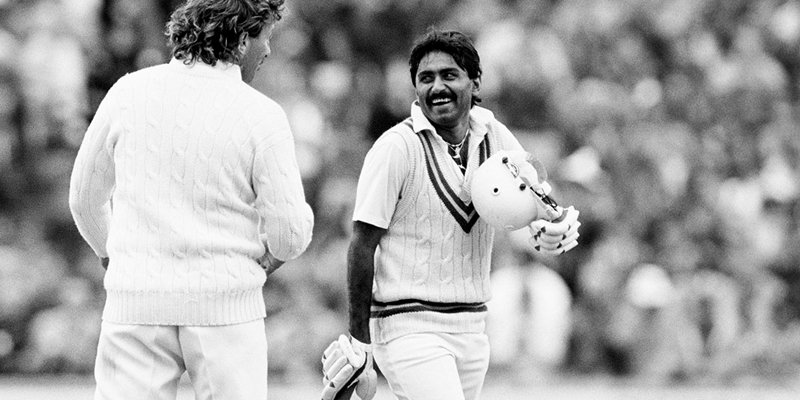 Renowned for his unique technique and calm composure, Javed Mianded has been labeled as the ‘greatest batsman Pakistan has ever produced’ by a number of legends of the game.

Historically remembered for his last ball six against India in 1986 at Sharjah, Mianded was a consistent contributor towards Pakistan’s success in the mid 1980s and early 1990s.

Mianded made his Test debut in 1972 after Pakistan’s first Test captain labeled him as ‘find of the decade.’ The raw and talented Mianded made his way into the team where likes of Mushtaq Mohammad, Majid Khan, Zaheer Abbas and Wasim Raja were still lurking around.

After a 1979-80 series loss to India and match fixing allegations, Asif Iqbal was removed as the captained and the 22-year-old Mianded replaced him.

With Mianded, Pakistan won its first ever major tournament in 1986 – the Austral-Asia Cup. He became a national hero after the tournament for his splendid 116* in the final of the tournament against India.

He also played a pivotal role in 1992 World Cup and dozens of series throughout his career. 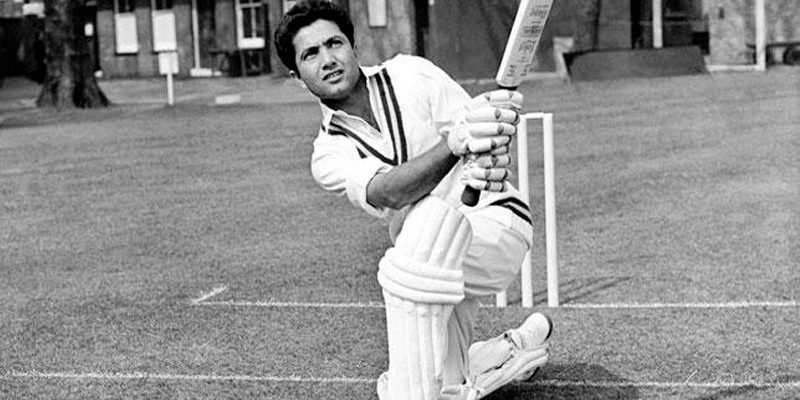 Who can forget Hanif Mohammad’s historical 16 hours and 10 minutes at the crease where he compiled 337 runs against West Indies, which helped Pakistan draw the game? That innings in 1957-58 remains the longest in Test history and the first instance when a triple century was scored in a team’s second innings.

Trained by Abdul Aziz, an Afghan cricketer, Hanif made his first-class debut for Pakistan against MCC in 1951 where he scored 26 runs in 165 minutes.

He is also known to have played the slowest Test innings in the history as well. He scored only 20 off 223 balls at a strike-rate of 8.97.

His persistence to remain on the pitch and score consistently at a slow pace earned him the nickname of “Little Master.”

His career-high moments included the moment when he surpassed Don Bradman’s record for highest individual first-class innings as he scored 499 against Bahawalpur. His record stood for more than 35 years before Brain Lara broke it with his 501* against Durham.

Hanif remains one of the very few cricketers in the history of the sport to be able to bat like him, bowl with either arms as well as keep wickets when required.

Overall, he managed 55 first-class centuries and 66 half-centuries. He finished with a healthy average of 52.32 in first-class and 43.98 in his Test career. 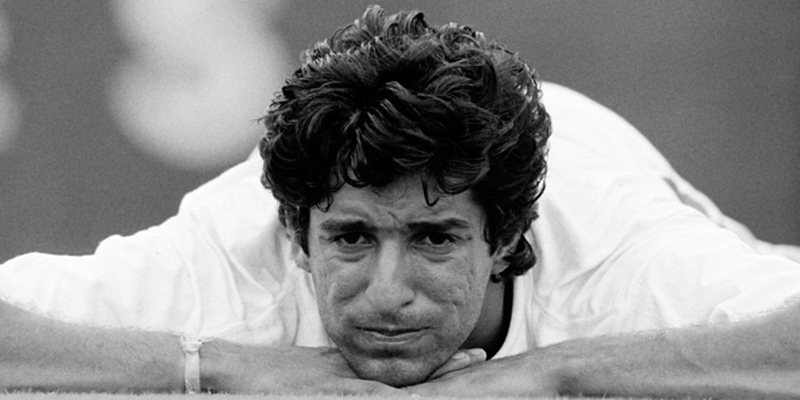 First bowler to reach 500 ODI wickets, Akram started his cricket journey when he came to the Gadaffi Stadium trials in 1984. Javed Mianded was one of the first Pakistani cricketers to have spotted Wasim’s talent, which then led to his selection for Pakistan team.

In 1984 where he was given his ODI debut under the captaincy of Zaheer Abbas. In his third ODI against Australia, Akram dismissed Kepler Wessels, Dean Jones and Allan Border.

A groin injury and two surgeries later, Akram reemerged as a fast bowler in the early 1990s; focusing primarily on swing and accurate bowling.

In addition to his bowling, Akram also polished his skills with the bat and contributed whenever he was required to; one of the finest example of that is 1992 World Cup where he smashed 33 off 19 deliveries to push Pakistan’s total to 249.

His performance in the World Cup of 1992 remains as one of the finest displays of fast bowling in the competition’s history, which also include the famous dismissals of Allan Lamb and Chris Lewis in the final.

Likes of Ricky Ponting, Sir Viv Richards, Sachin Tendulkar and Rahul Dravid all regard Wasim Akram as the best swing bowler to have ever existed.

The legendary fast bowler holds the record for most List-A wickets with 881 and is only second to Sri Lankan Muralitharan in terms of ODI wickets with 501 in total. 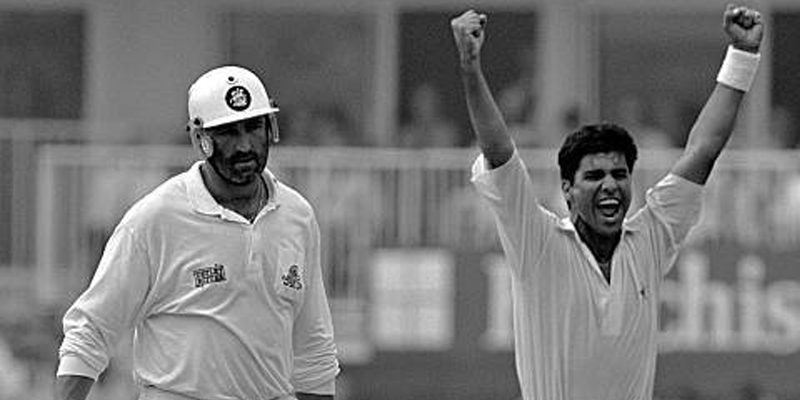 Nicknamed as The Toe Crusher, Waqar Younis remains as one of the finest examples of a fierce fast bowler. Born in Vehari, Waqar began his cricket career in 1987-88.

Waqar was discovered by Imran Khan who then advocated on behalf of the fast bowler for his selection in the national team. Remembering the moment, Waqar said:

I remember Imran was not feeling well at the time, and was not present at the camp. Luckily the Super Wills Cup was going on, and there was a match between United Bank and Delhi XI. Saleem Jaffar got injured, and I got the opportunity to play that game. Imran watched me on TV, and actually came to the ground to watch the end of the game. The very next day, he met me and told me that I will be going to Sharjah next month. Just meeting Imran at the time was enough of an experience for me, but for him to notify me of my selection was just out of this world.

His international debut came in 1989 against arch-rivals India, same match where Sachin Tendulkar made his debut for India. He ended the match with 4 wickets which included the victims Kapil Dev and Tendulkar.

The partnership with Wasim Akram blossomed and their pair became a feared and a potent attack. However, disciplinary issues halted Waqar’s progress on international stage.

Despite his issues, Waqar was regarded as one of the most destructive bowlers. His reverse swinging yorkers and teasing length deliveries are still etched in the minds of every Pakistani supporter.

Waqar represented Pakistan in 262 ODIs and 72 Tests where he picked up 416 and 373 wickets respectively.