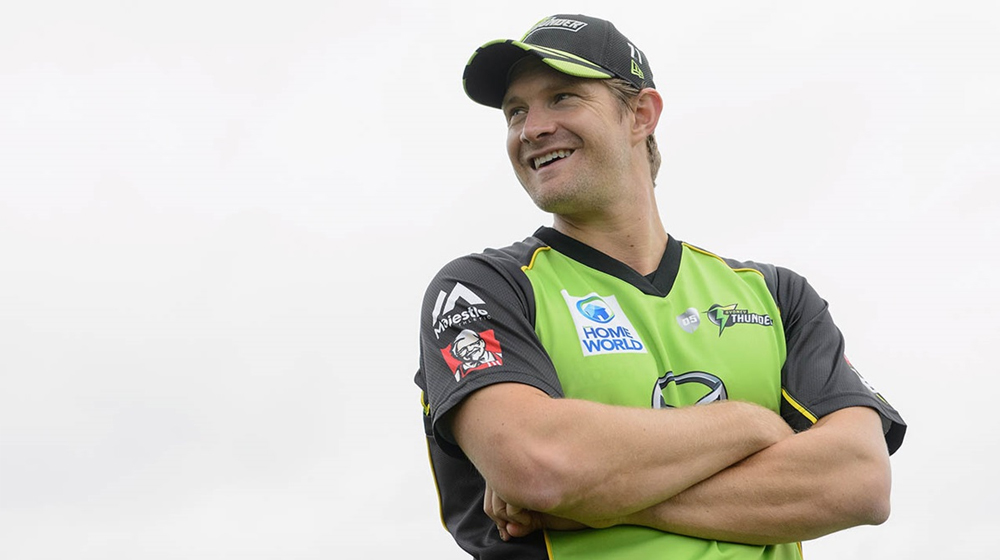 The Australian power-hitter Shane Watson has announced his retirement from T20 Big Bash League on Friday.

However, the all-rounder who helped Quetta Gladiators to tournament victory for the first time will continue to play select overseas tournaments.

The Sydney Thunder’s captain and all-time run-scorer hung his boots in a quest to spend more time with his family and friends.

Speaking about his retirement, Watson said:

I have so many amazing memories that I will savor forever with the one standout being our (tournament) win in 2016. To my teammates, I have played with so many great people and cricketers at the club and I sincerely wish everyone the absolute best for the upcoming seasons.

Shane Watson is renowned for his big strokes play, which were on display in IPL as well where he scored 96 off 53 balls for Chennai Super Kings this week.

The Cricket Australia (CA) congratulated Watson for his “dynamic career.”

Shane Watson was one of the most exciting short-form players ever to grace a cricket field. In a career which spanned almost two decades Shane made a major contribution to Australian cricket firstly at international level and then in domestic cricket as a significant contributor to the Big Bash. Talented, skillful and powerful, Shane was a devastating batsman at his best.

In total, Watson has played more than 700 international and domestic matches. He has scored well over 25,000 runs and picked up over 600 wickets.