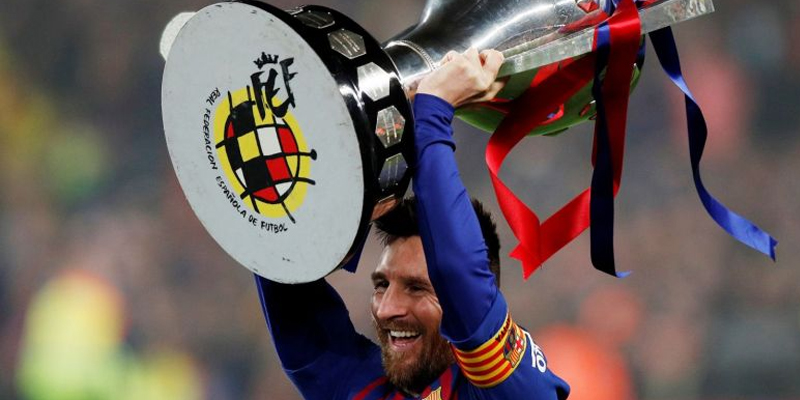 The Argentinian scored his 34th goal of the campaign after coming off the bench to help Barcelona secure another title victory, this time by 3 games to spare.

Barca currently hold a 9 points lead over second-placed Atletico Madrid but the Catalans cannot be overtaken thanks to their superior head-to-head record.

This is the Catalans’ 26th league title as they nudge closer to Real Madrid’s record of 33 titles in Spain.

The Barcelona forward has been pivotal in his team’s success this season and looks set to be named La Liga top scorer with 34 goals already to his name.

His closest competition comes in the form of teammate Luis Suarez, who sits second in the standings on 21.

The Camp Nou was rocking when Barcelona lifted the La Liga trophy for the 4th time in five years.

However, the win brought a lot of relief to Valverde, who can now focus on the remaining competitions and make history with the club.

Valverde can write his name in the history books and the only thing standing in his way is Liverpool and Valencia.

Barcelona face Liverpool in the Champions League and will look to win the Copa del Rey against Valencia on May 25.