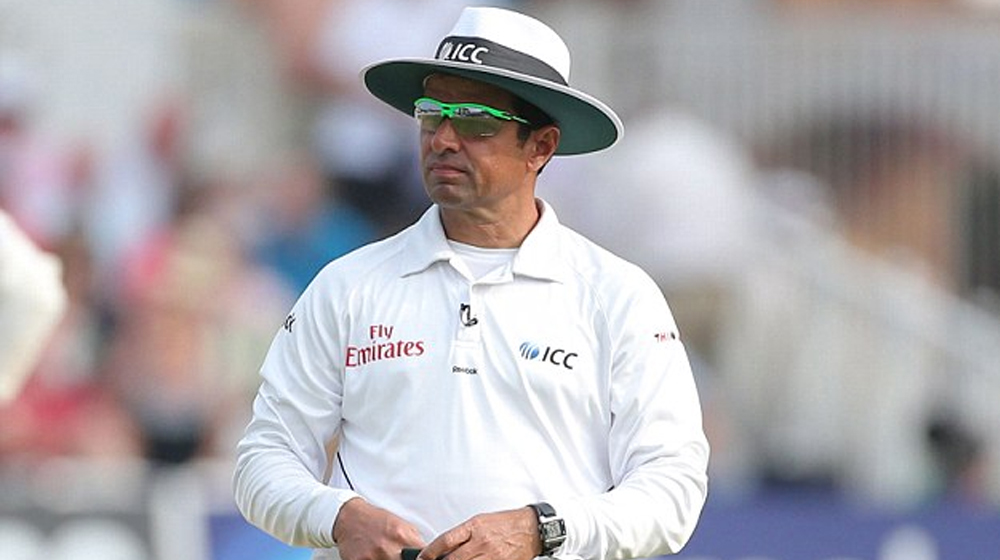 Pakistan’s world acclaimed decision-maker Aleem Dar has reached the 200 ODI mark today, becoming only the 3rd ever umpire to reach this milestone.

Aleem reached this milestone in the between West Indies and Bangladesh in the on-going tri-nation tournament in Ireland.

Seasoned campaigner and well-liked amongst all nations, Aleem is one of the most respected and non-controversial umpires in the game. He rose to prominence after delivering a remarkable performances in the Ashes series after the introduction of DRS in the game.

Already at the top of T20 match list with 43 games, Dar is hoping to lead in ODIs list as well. Currently, Rudi Koertzen is at the top with 209 ODIs officiated to his name.

In addition to this, Aleem Dar needs to officiate four more Test matches to register the record for umpiring in most number of Tests. Aleem Dar has umpired 125 Test matches whereas Steve Bucknor from Jamaica holds the record with 128 matches.