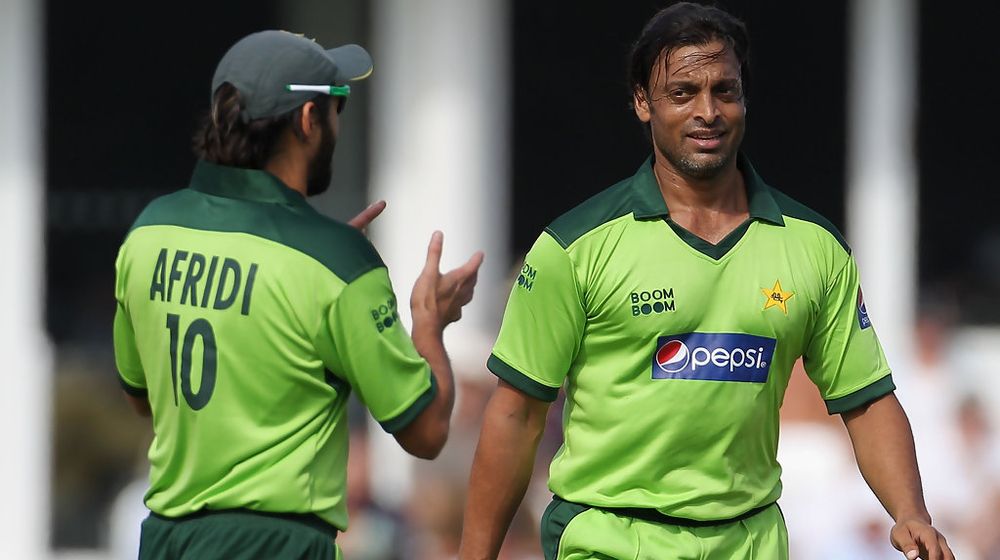 Former fast bowler, Shoaib Akhtar has weighed in on Shahid Afridi’s biography ‘Game Changer’, saying that he backs Afridi’s claims about harsh treatment by senior players during their playing days. He made these shocking revelations while talking to a local news channel.

He revealed that Afridi was being treated even more harshly than he has written in his book.

I think Shahid Afridi has written less in his book about the harsh treatment he received from senior players during his playing days. I witnessed some of it with my own eyes and totally agree with him.

Talking about his own experience with the senior players, Akhtar said that he was about to be beaten with bats by four players.

Once during a tour of Australia, four players approached with the intention of hitting me with a bat.

He further went on to say that ten senior players had later asked the two of us for forgiveness for their behavior during the playing days.