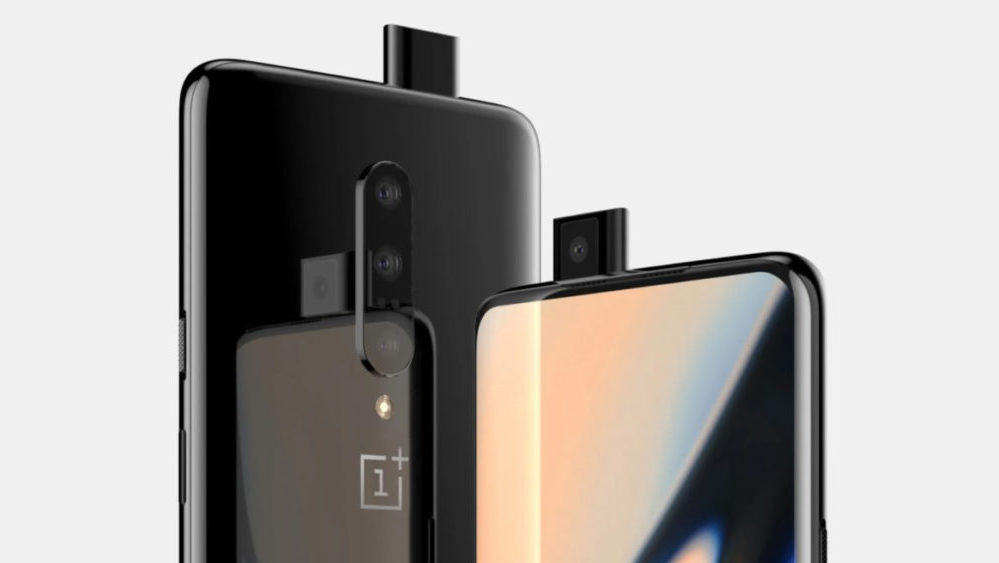 There’s a lot going on here.

The Shenzhen brand, famous for introducing flagship killers on the market has introduced a flagship of its own this year. OnePlus is known for its value but now it seems to be going in the opposite direction.

This is the first time OnePlus has launched two phones at a time, OnePlus 7 and 7 Pro. You can technically make it 3 if you count the 5G variant of OnePlus 7 Pro as well. Before you argue about the T-variants, OnePlus launches them months after the main flagship, so this is an exception.

The company is not only offering features and specifications that look like a generation ahead of most Smartphones on the market, but it is also doing that at a lower price than most, which is what makes these two phones interesting.

After two years of notched phones, OnePlus finally followed the lead of its BBK siblings Oppo and Vivo. It has ditched the controversial notch design and has gone bezel-less with OnePlus 7 Pro. On the other hand, OnePlus 7 still features a teardrop notch for the selfie camera.

As for OnePlus 7 Pro, it has a 6.67-inch fluid AMOLED display with QHD+ (3200 x 1800) resolution. What makes it stand out is its 90 Hz refresh rate which is the highest on the market (not counting the gaming phones). The higher refresh rate makes everything a lot smoother on the phone and feels faster than most other flagships because of that.

Apart from this, the display also features HDR10+.

The phones feature a shimmer effect on the glass back which looks like something in between the Samsung S10 series and Huawei P30 range. The OnePlus 7 Pro comes in three colors: Nebula Blue, Mirror Grey, and Almond. While the regular OnePlus 7 comes in Mirror Gray and Red.

OnePlus has clearly made an effort to improve its smartphones especially in the areas it lagged behind.

OnePlus 7 Pro is powered by Snapdragon 855 paired with 6GB RAM and 128 GB non-expandable built-in memory. However, you can also opt for 12 GB RAM and 256 GB built-in memory variant. The latter is exclusive only to the Nebula Blue color.

The two phones also come with a Gaming mode, Fnatic mode, Zen mode, and RAM boost to enhance the phone’s performance. Both phones run on Android 9.0 Pie topped with OxygenOS that is mostly the same as previous versions but enjoys some upgrades.

If this is not enough for you, OnePlus has left Samsung behind in introducing UFS 3.0 storage which promises faster data sharing and transfer rate. Faster storage means faster app opening times, which in turn improves the user experience.

There’s also a new vibration motor installed for better haptic feedback and a 10-layer vapor cooling chamber to keep the phone cool at all times.

Coming to the audio, the two phones get stereo speakers with a Dolby Atmos certification. This is the first time OnePlus has added stereo speakers to their phones, and they’re a welcome addition.

If you recall, OnePlus mentioned that they’re not going for an IP-certification for water and dust resistance. That said, they did add some sort of water resistance to the phones, but we can’t say anything until reviewers and YouTubers test it out.

We can say OnePlus is truly living by its mantra ‘never settle’. Previously, buying a OnePlus phone meant sacrificing on the camera side, however, this is going to change now. The OnePlus 7 Pro features a triple sensor rear camera with 48 MP Sony IMX586 main sensor, 8 MP telephoto lens with 10x digital zoom and 16 MP ultra-wide sensor feature 117 degrees field of view. This is the company’s first triple sensor camera.

Coming to OnePlus 7, it features dual sensor camera with a 48 MP main sensor and a 5MP depth sensor. The selfie camera is the same, with a 16 MP lens.

The OnePlus 7 Pro comes with a 4,000 mAh battery with the new Warp charge 30 which keeps the temperature down while charging, letting you charge your phone while gaming. There is still no wireless charging support, however.

On the other hand, OnePlus 7 features 3700 mAh battery with 20W fast charging.

OnePlus 7 will be available for sale in June starting at €499 for basic variant and €599 for 8GB RAM variant, it won’t be available in the US.