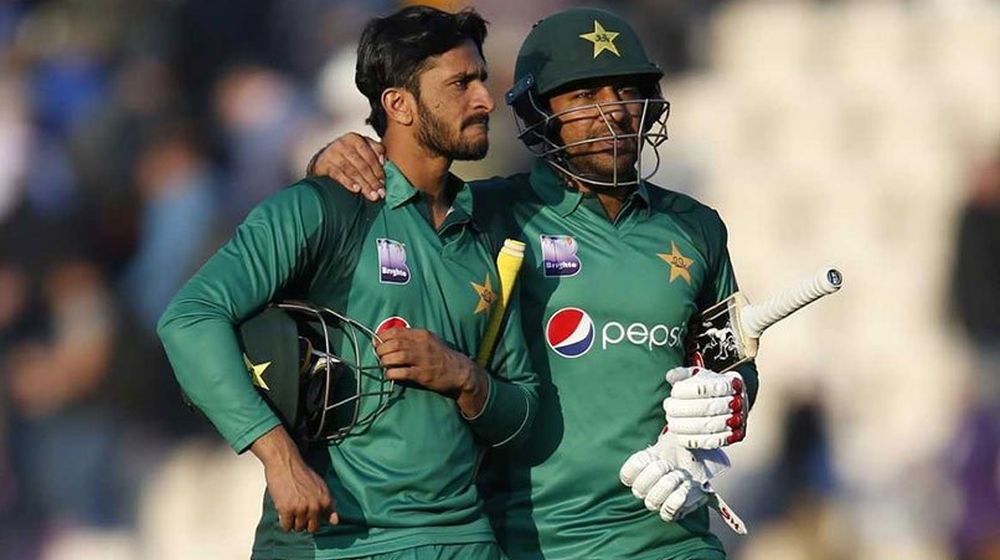 The fifth and final ODI of the England series has resulted in yet another crushing defeat for Pakistan as England clinched the 5-match series by 4-0.

Here is the summary of Pakistan’s recently concluded ODI series against England:

Let’s have a look at the numbers and statistics from the ODI series;

It was an unexpected series for most of us as we all had hoped England to prepare more bowling friendly pitches in the early Summer season ahead of the World Cup. However, the high-scoring games have proved that Pakistani batters did extremely well to put up a fight on almost all occasions.

Almost all of the batsmen chipped in with the bat however, the lack of finishing skills and crumbling under pressure at crunch moments hurt Pakistan throughout the series. The result would have been 3-1 or even 2-2 if Pakistan batsmen had kept doing the good work.

Despite good starts and big scores, the strike rates were a bit of a worry for Pakistan. 350s could easily have been 380s or even 400+. If we compare the strike rates of the likes of Imam ul Haq and Babar Azam with their counterparts like Jason Roy, Jonny Bairstow or even Joe Root, we will have our answer as to why Pakistan lagged behind despite flat pitches and true bounce.

While the strike rates in excess of 90 or close to 90 are exceptional, the numbers in the context don’t really do justice. With these strike rates, Pakistan cannot hope to win the World Cup which promises to be the highest scoring tournament ever.

In addition, there was almost zero improvisation by Pakistan batsmen, whereas even England’s number 10 played scoops and all the cheeky shots for good results. If Pakistani batters cannot hit fours and sixes off good balls this World Cup, it would be curtains for them.

Bowlers, on the other hand, failed to make a mark in this series as almost all the bowlers took plenty of hammering at the hands of English batsmen. Let’s have a look at Pakistan’s leading batsmen and bowlers from the series:

While it would be safe to say that the English bowlers also took the hammering, they also picked up wickets and bowled smartly at times. Pakistanis, on the other hand, seemed to have forgotten the art of bowling yorkers.

Giving away freebies throughout the innings and not being able to pick up wickets at regular intervals allowed England to post huge totals with ease.

Spin bowling used to be an effective weapon for Pakistan in the past years, but now, our bowlers are not picking up wickets in the middle overs. The comeback of Shadab Khan might change that to some extent, however, both pacers and the spinners need to make sure that they keep chipping in with regular wickets.

Throughout the series, Pakistan made some very absurd rotations to the starting XI. The coach and the captain exhausted the players who are all guaranteed a spot in the World Cup i.e. Fakhar Zaman, Imam-ul-Haq and Hasan Ali while Abid Ali, Junaid Khan and Faheem Ashraf played only a small part in the series.

It is true that Junaid Khan and Faheem Ashraf’s performances were not up to the mark but the entire purpose of the series was to ensure that whoever has been left out, has been left out after a fair assessment.

The lack of planning from Pakistan remains a huge concern heading into the World Cup 2019.

Pakistan’s fielding throughout the series was abysmal, to say the least. A number of dropped catches, misfields and missed run outs in almost all the games and poor game awareness by our players including the captain, held Pakistan back.

The role of bowling coach raised plenty of eyebrows as the bowlers put on lackluster performances in all of the matches. No matter how big a target the batters posted, the bowlers made a mess of it. Previously it used to be the bowlers who did their best to defend miserly totals posted by the batsmen. Now, the trend has changed drastically as the bowlers haven’t looked a wee bit threatening this series.

It was the responsibility of the captain and the bowling coach to help calm the nerves of the bowlers and bowl smartly. In almost all the matches, Pakistani fast bowlers failed to utilize the yorkers as well as changes of pace at the right time.

Sarfaraz’s role as captain of the team also comes under severe criticism. At times he was a little too passive. It was the right time for him to step up and lead a young side. There would be plenty of takeaways for him from this series and we all hope he would prove himself to be a better captain at the mega event.

With only a few days to go to the World Cup, Pakistani selectors have made a few changes to the 15-man squad, bringing in Wahab Riaz, Mohammad Amir, and Asif Ali into the squad at the expense of Junaid Khan, Faheem Ashraf and Abid Ali.

The lack of performances from Faheem Ashraf and Junaid Khan was probably unexpected by everyone. Failing to deliver with both the new and old bowl was reason enough to not include them in the side, which was a tough but eventually the right call by the selectors. Abid Ali is an unfortunate miss, however. He only managed to play one game and on basis of which he was left out of the squad.

It remains to be seen how Pakistan fares at the mega event. They will have to rub off the recent series losses against England, Australia, and South Africa and start afresh to get anywhere near the top 4.