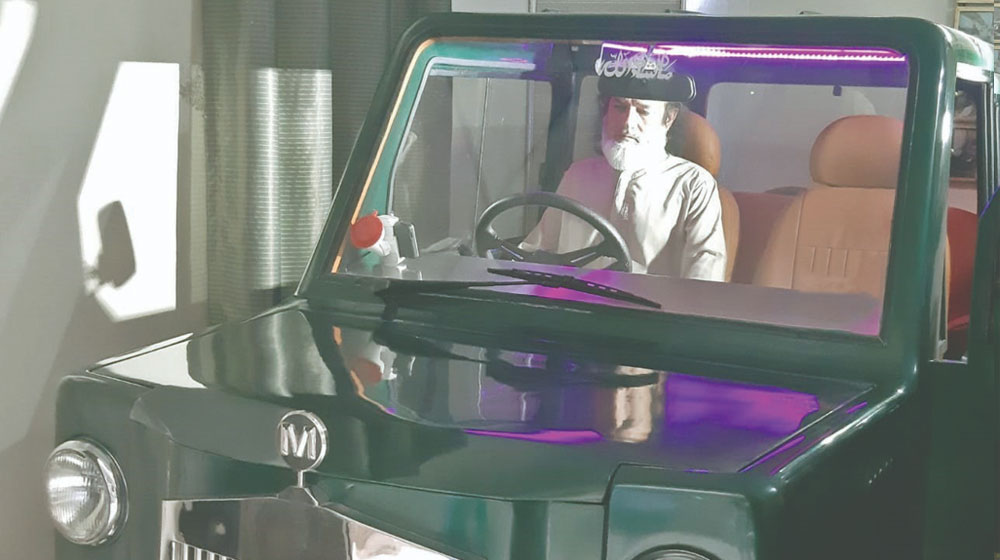 After putting in four years of untiring effort and spending Rs. 600,000 on building his dream car, a Rawalpindi man was utterly disappointed to realize that it was all in vain.

Like many of us, 54-year-old Abdul Majeed had always dreamt of owning a car. But poverty kept him at bay for 50 years until he finally decided to build one of his own along with his son Ibadul Islam who is a mechanical engineering student.

The father-son duo worked for four years, investing all their savings in their DIY project. And when the car was ready to hit the road – they hit a major snag.

“The excise department has refused to register our car,” Ibad told a local daily. “They say there is no law that allows registration of a car that someone has made on their own,” he said with a low tone and a tinge of disappointment in his eyes.

Ibad says he and his father worked day in day out to build this car, but it was very disappointing that the authorities refused to register it.

Majeed, the resident of Dhok Chiragh Din area of Rawalpindi, said he never knew if he could succeed in building his dream car in the first place.

We were not sure if we would succeed in making our dream a reality, but we had faith that our hard work would bear fruit one way or another.

Majeed described the process of building the car quite daunting. He said that he had a welding station at home, so they began preparing the body parts, such as doors, bumpers, the roof, and the trunk.

We bought other parts off the shelf. Like the engine, we procured it from an auto plant.

Majeed said he took to the internet whenever he faced difficulty, adding that they spent over 9,000 hours on this project.

They have used stainless steel for the body of the car, it can seat five people and has both a front and a back camera.

Abdul Majeed said he was delighted to have realized his dream but saddened by the fact that the authorities don’t appreciate the effort.

He urged the government to encourage people like him so that homemade cars can also be introduced to the markets.